A new conception of art and nature : Tadao Ando's architecture on Naoshima Island

Household name of the Japanese architecture, self-taught visionnary, Tadao Ando is building his own legend as he lives. Born in Osaka in 1941, he first started a boxing career before being struck by the architecture designed by Frank Lloyd Wright for the Imperial Hotel in Tokyo. His passion for architecture continued to grow and the young man decided to leave for Europe in 1965 to meet Le Corbusier. Unfortunately, the latter died a month before the arrival of the future Japanese architect who will have no choice but to go to meet the master through his works. 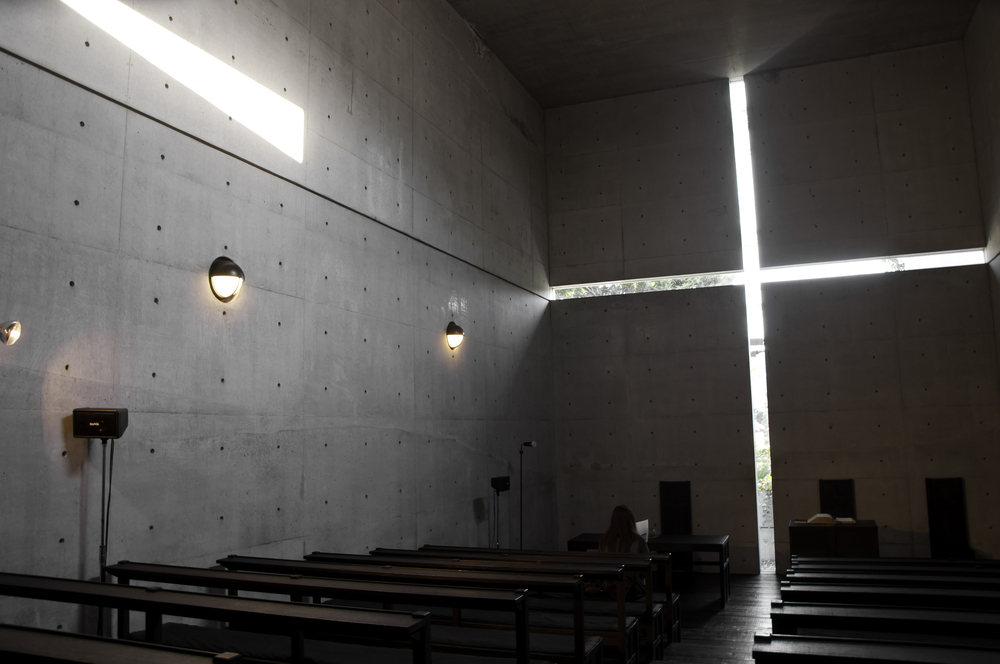 The Church of the Light of Ibaraki, one of Ando's most famous works
Keeping up with the creation of an innovative and coherent work, Ando has the opportunity to embark on the ambitious creation of an "island of art" from 1989 with the project of rehabilitation of Naoshima launched by the largest company of Japanese education, Benesse. Thus began the construction of the largest hotel on the island, Benesse House, which follows the principles dear to Ando to make nature, art and architecture coexist in the same environment. Spread over several sites, the site also houses a museum in which we can see works by Cy Twombly, Jean Michel Basquiat or Richard Long. The museum is not just an indoor one, the place also has many sculptures and outdoor facilities including the famous Pumpkin by Yayoi Kusama, which became the symbol of the island. In 2004, Tadao Ando continued his exploration of architecture in harmony with nature with the construction of the Museum of Contemporary Art of the island, the Chichu Art Museum. The latter is entirely built underground with skylights dug to illuminate the rooms. Showing works ranging from Claude Monet to James Turrell, the museum offers a new way of experiencing art, thanks to its exceptionnal curating. Walter de Maria's work in the Chichu Museum
At the same time, the architect is also involved in the Art House Project, in the Honmura district of Naoshima, which principle is to renovate old buildings to turn them into an exhibition venue, it currently includes seven locations. Ando was in charge of the construction of Minamidera, where an installation by James Turrell is shown. Minamidera's entrance
Finally, he was the architect of the Lee Ufan Museum of the island, opened in 2010, which exhibits works by the Korean minimalist artist of the same name and in which you can enjoy a meditation room. The architecture of the museum is in between the valleys and the ocean which enhances the spiritual atmosphere of the place. A museum dedicated to the architect himself also opened on the island in 2013 inside an old traditional house which interior has been completely renovated by Ando himself. The outside of the Ando Museum
The island, following its many transformations, has become the place where the old and the new Japan meet without colliding, as Ando's architecture echoes the traditional architecture, built of shadows and lights, uniting inhabitants and nature.
We are Japan - specialist travel agency, click here to contact our experts for more information about your next stay.