Japan also has Robin Hood in domestic version: a chivalrous robber, Ishikawa Goemon. His place of origin is not idetified, yet, he was perhaps born in Iga (current Mie pref.) or Enshu (current Shizuoka pref.) and he was believed to be an orphan, his foster parents were Ninjya family.

Goemon starts learning Ninjutsu (the martial art of ninjas) before having to flee Iga for having a relationship with one of his master's mistresses (or a wife). He settled in Kansai, where his legend of Robin Hood began. Indeed, it is from this moment that it takes the name of Ishikawa Goemon, after having formed a gang of bandits with the help of which it apparently applied to rob the rich to redistribute then the booty to the poor and the peasants in difficulty. This is how he became one of the typical heroes of the region, besides he stimulated the imagination of writers and painters. 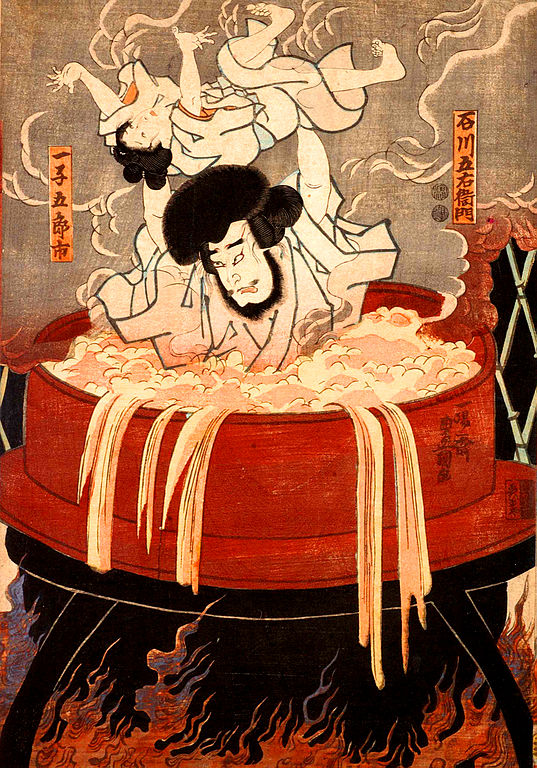 But what's interesting about Goemon is that the most famous event of his life is his death. He made a brave try at assassinate Toyotomi Hideyoshi at Fushimi Castle, a powerful feudal lord considered a despot by Goemon, he is spotted and sentenced to death. But not just any death: he will be boiled alive in a cauldron with his young son in front of the Sanmon Gate of the famous Nanzen-ji Temple in Kyoto, which will eventually give his name to a certain type of basin still today at the Japan,"Goemon Buro". 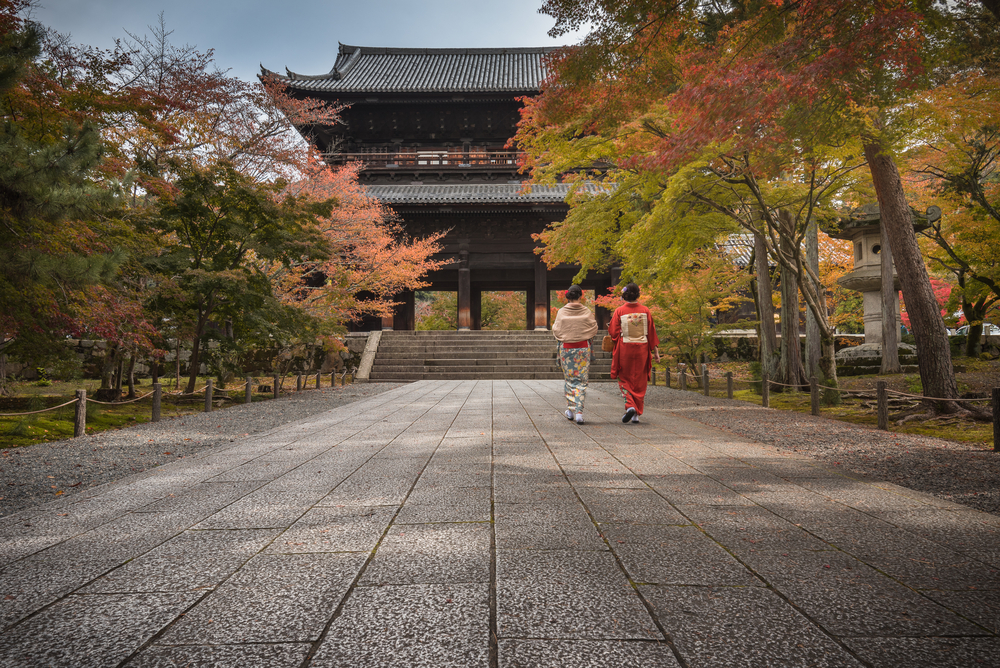 The Sanmon Gate of Nanzen-ji Temple where Goemon was executed
Today, Ishikawa Goemon is still very popular in Japan since he has been the subject of many movies, cartoons (his offspring is a companion of "Lupin the third"), video games and plays, including the Kabuki piece called "Sanmon Gosan no Kiri" which is still represented today in Japan, which recounts the meeting in front of the temple of Goemon and Hideyoshi.


We are a Japan-based travel agency in Tokyo, click here to contact our experts for more information about your next stay.