The 1001 sculptures of Kannon at the Sanjusangen-do temple in Kyoto, mystical atmosphere and archery contest

Founded at the end of the 12th century, the Sanjusangen-do is often overlooked by visitors of the former capital, Kyoto. Perhaps because the photos are not allowed, and so very few tourists know what’s inside? Perhaps because it is located in the city and not too close to nature the way many other sites are? The fact remains that it is with no doubt one of the most interesting temples of the city (this is a completely arbitrary opinion) by its history and its treasures. 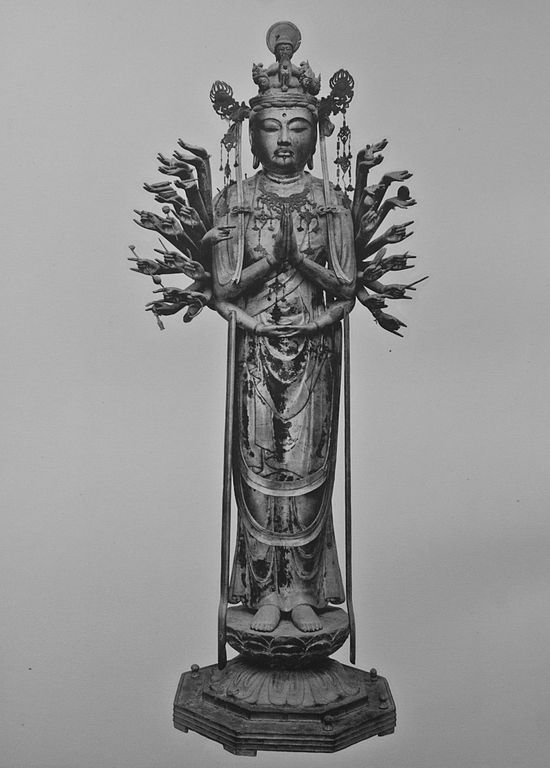 The temple has 1001 statues of Kannon, 124 of which date from the creation of the temple, when the 877 others date from the 13th century. The latter are arranged in an extremely impressive row on both sides of the main sculpture of the temple, a seated Kannon more than 3 meters high. They are all made of Japanese cypress and covered with gold leaves and are classified as national treasures of Japan. As if that was not enough, these 1001 sculptures are guarded by 28 sculpted deities, who find their origin in Hinduism, and form the first row, and thus the closest one to the spectators.

This sculpture set is extremely impressive and the atmosphere of darkness in which visitors contemplate the works adds to the mystical feeling of the place. All the sculptures are presented in the same room in the Hondo, the main building of the temple dating from 1266 (Kamakura period), which architecture is famous since it is not less than 118m long, which makes it the longest wooden structure in the world.


On the second Sunday of January is held a festival that dates back to the early 17th century, the Toshiya. This archery competition, held for nearly 250 years at the Sanjusangen-do and has turned today into what is called Oh-mato Taikai, where professionals do a demonstration of archery but also, and especially, young girls who have been or will be 20 years old in the year, in traditional clothes, who must reach a target set at 60m. This show, full of grace, is intended to show young people who become adults this year (20 being the legal age of majority in Japan) that maturity is a matter of patience. 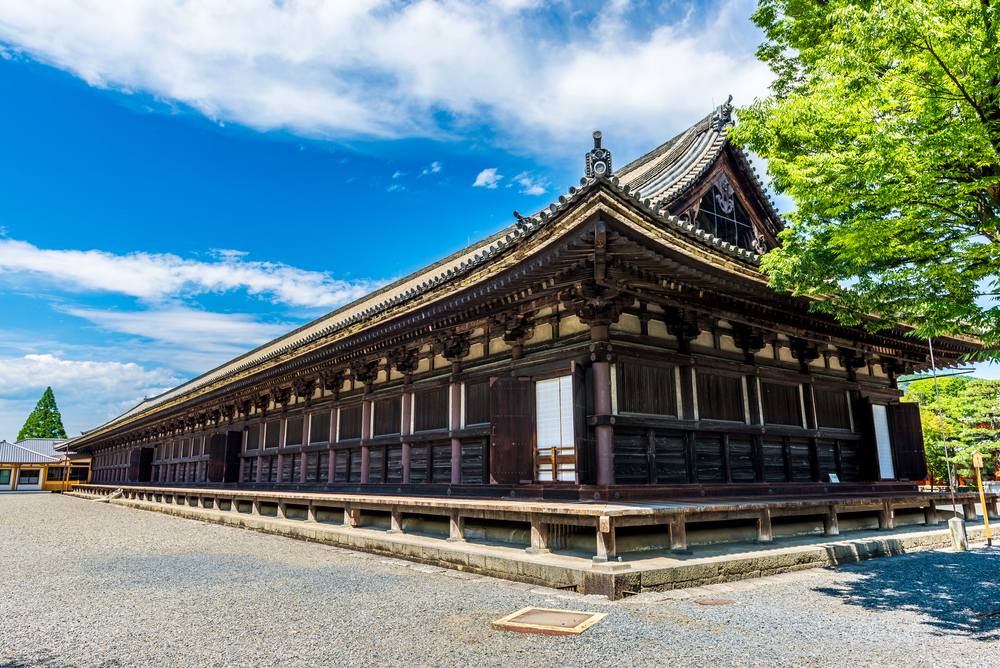 The temple is therefore one of the highlights of Japanese art history but also for you the opportunity to discover the art of Kyudo, traditional archery practiced since centuries, a true immersion in the local culture!