At the gates of the capital, but far from the atmosphere of skyscrapers, futuristic atmosphere of one of the largest megalopolis in the world, it is easy to escape to the past, to discover ancient Japan, buildings and the traditional architecture of the Edo period (1603-1867), often lined with a small canal or a river, where one walks in a relaxing calm. Here are some places to savor this tranquility, only a few kilometers from Tokyo. 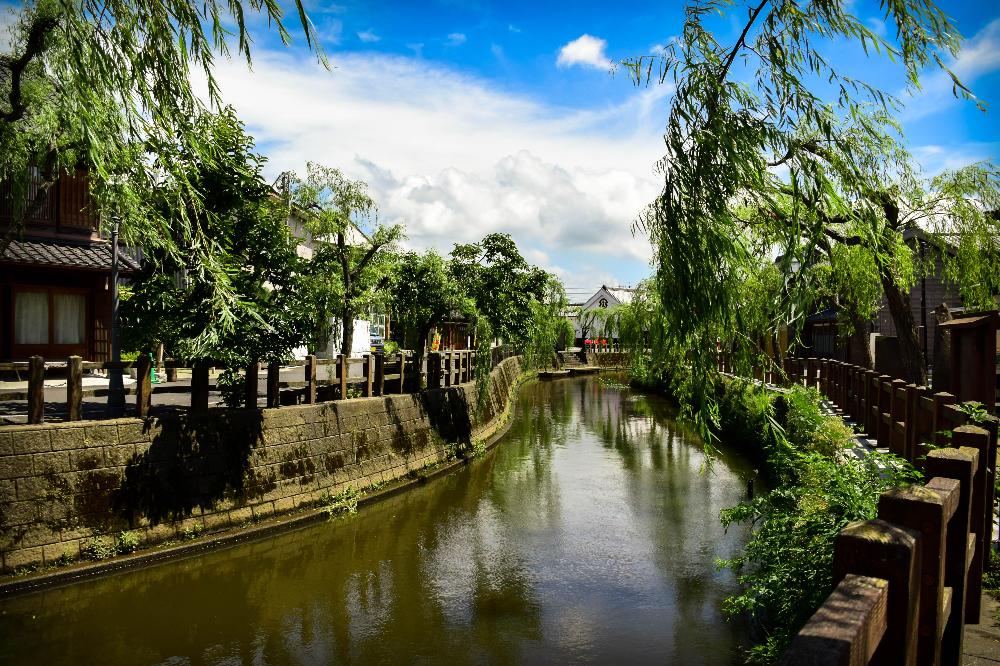 Located in Chiba Prefecture, north-east of Tokyo, this small town was first inscribed in the preservation group of the important traditional buildings of the Kanto region in 1996. Sawara flourished during the Edo period, merchants using the Onagawa River flowing into the Tonegawa River towards the capital (Edo became Tokyo) for the transport of their goods.
Today we can admire these old houses with traditional architecture border the small river that crosses Sawara in the atmosphere of ancient Japan which offers a small boat trip on the river. Those streets of the town are connected by wooden bridges, one of the most famous of which is the Toyohashi bridge, formerly used for irrigating rice paddies, with water flowing directly into the structure of the bridge. Thus, the rice production developed a lot and Sawara was made miso, sake, soy sauce which was imported in much of Japan and especially Edo. That is the reason why the town wasextolled "Edo Masari", superior to Edo. You can visit some of these merchants' houses in which are exposed tools, and remains remnants of the ancient times. Sawara ensures a real moment of calm and serenity. Not to be missed in the area is the visit of the Katori Jingu temple (in the nearby town of Katori), a very prestigious shinto shrine (the Jingu suffix, statute defining its importance), having been founded according to legend in 643 BC during the reign of Emperor Jimmu. 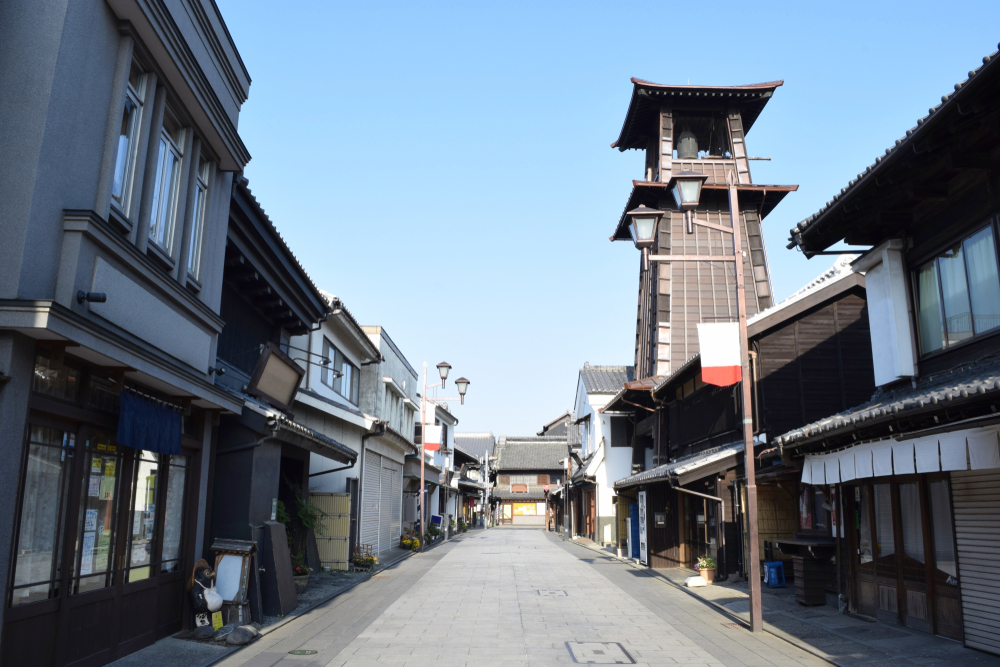 Located just 30 minutes by train from Tokyo, Kawagoe is nicknamed the "Koedo (little Edo)", its streets still keeping the aspect of that time. Kawagoe, a very successful development at that time, was the city of Yokota, a family of talented merchants who helped supply Edo so much that Kawagoe was nicknamed "Edo's Kitchen". Kawagoe lived from rich agriculture, tea production, sweet potatoes, and other goods that ran along the Shinbashi and Iruma rivers to Edo. There are old neighborhoods worthy of interest, such as Kashiya Yokocho's old traditional candy stalls. Not far from here is the large "Toki no kane" wooden belfry, and line the traditional Kurazukuri buildings, the name of the architectural style of this ancient period when the structure composed of earth was designed to withstand fires. You can learn more by visiting the Kawagoe Museum which also displays traditional floats parading during the festivities. Kawagoe is full of souvenir shops, small Edo-style cafes, and stalls selling traditional food. 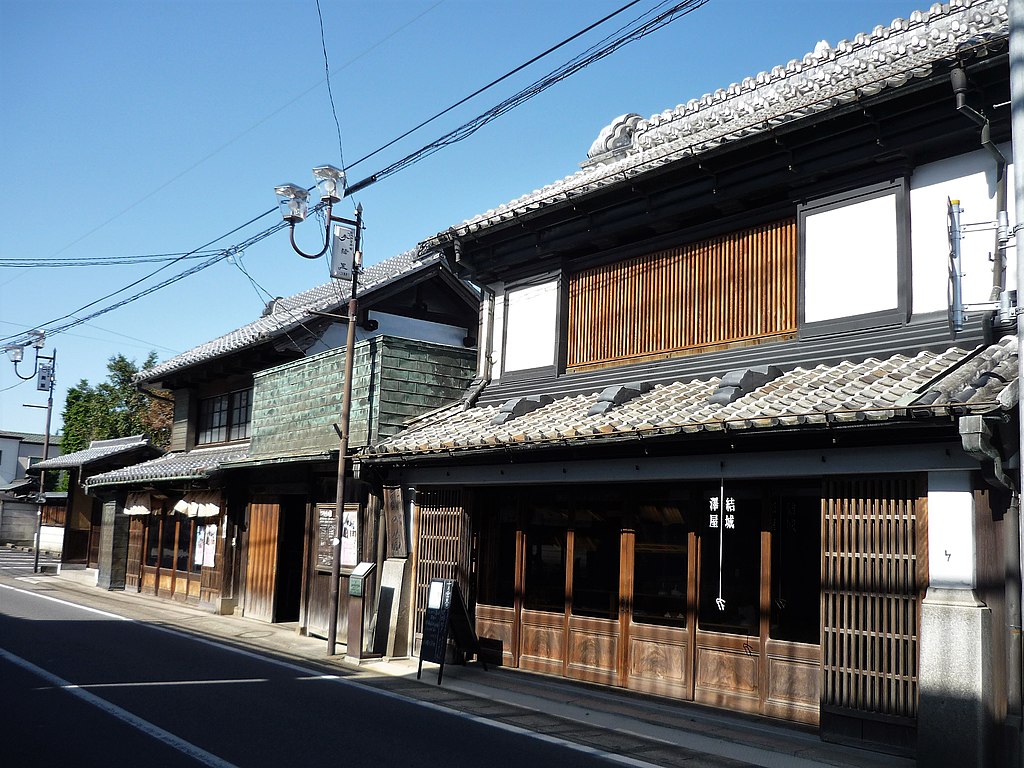 Yuki is a traditional town of Ibaraki prefecture located a few kilometers north of Tokyo. There are many traditional buildings called Misegura dating back to the Edo and Meiji periods. These buildings are also mostly from Kurazukuri architecture designed to withstand fires. You will find many small shops offering mulberry jam, boiled manjyu, local specialities. But Yuki is best known for the craftsmanship of Kimono and silk "Yuki tsumugi", whose method of manufacture is recognized by UNESCO's intangible cultural property. You can try this practice or have fun wearing a kimono. There is also a renowned sake factory and miso makers. 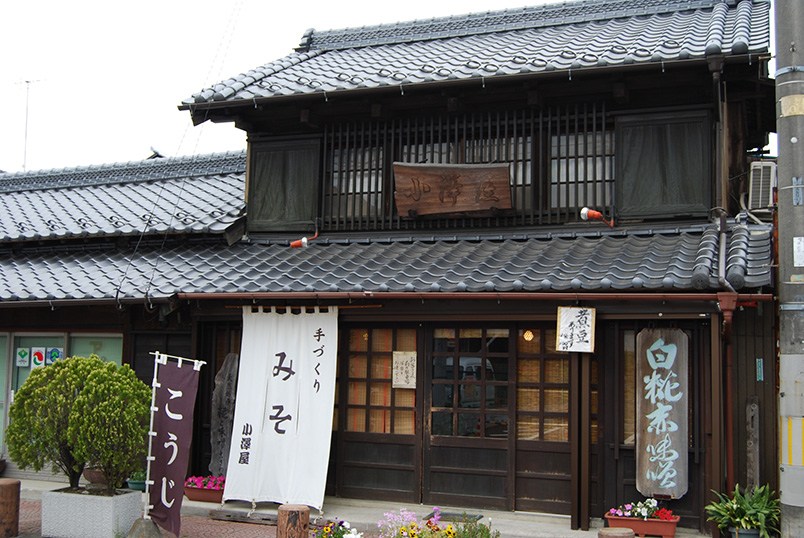 A few kilometers south of Yuki and 60 kilometers from Tokyo is Koga, a small town surrounded by nature, which has more than 1000 years of history and still keeps these traditional buildings. This small town has engraved snowflakes on its ground, because during the Edo period, the daimyo Toshitsura Doi published a book called Zekka Zusetsu, dedicated to the different forms that a snowflake can have. Thus, the snowflake is today the symbol of the city. From the end of March to the beginning of April, there is a festival of peach blossoms which has been awarded by UNESCO. In August is also held a magnificent fireworks display. You can also explore the ruins of Koga Castle, whose renovated walls will take you back in time, as well as the ancient samurai mansions of the Takami Senseki Memorial. There is also a very rare museum of a painter of the Edo period, Seiko Okuhara, born in Koga. Not far, you can enjoy a stroll in the street Sakanamachi (sakana means fish in Japanese and machi, the street) where line the small stalls of fish merchants, who formerly fed the courtyard of the castle. Do not miss a delicious local sake in the beautiful Oyasumi Dokoro building and Edo period houses on a street that simply bears the name of Edo Street. 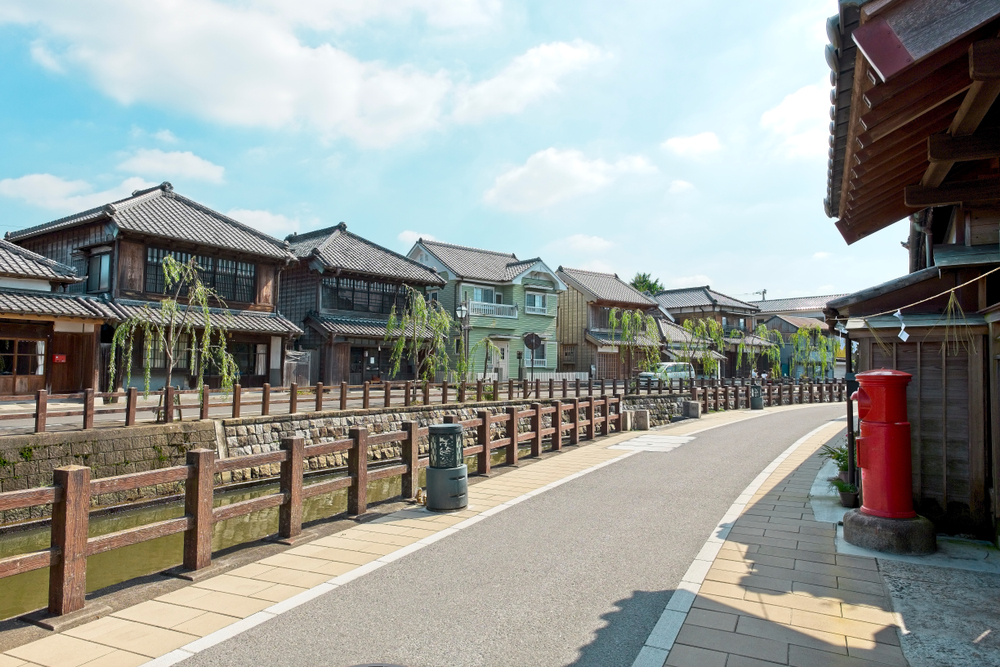 This small town of the same name as its region, is located on the road between Tokyo and Nikko, an already very old road used by the lords, which contributed to its strong development. There are many buildings from the Edo and Meiji era; such as the Okada house, a former samurai home, and the houses along Reiheishi Street. An art museum, the museum Tochigi Kuranomachi is not to be missed, also integrated into a remarkable old traditional building, as is also the Ukiyo-e Utamaro museum. You can also walk along its beautiful vintage streets on a small boat along the Uzuma River, or enjoy the onsen (hot springs) of Tamagawa Onsen.


Click here to discover our tours in the Tokyo area