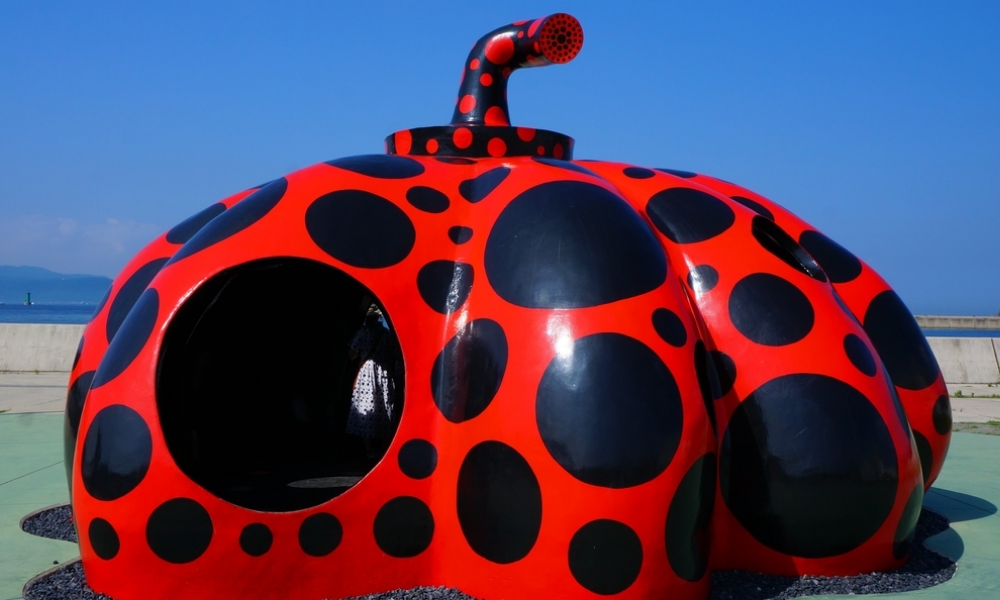 Naoshima is a small island located between Okayama and Kagawa prefectures. When you look at the map, nothing seems to be unusual; however, the island has seized the world attention. Its history is very old, the first signs of civilization dated back to the Yamataikou centuries (II and III century). Formerly, salt and seaweeds were produced and fishing were flourishing (Hamachi fish). During Edo period, it was a major step of the sea shipping.
However, fishing activity and shipping activity decreased during Meiji era, along with the number of inhabitants. In order to solve the problem of depopulation, a refinery owned by Mitsubishi was settled. Therefore, Naoshima became a kind of “corporate castle” which developed especially during the Showa period (1926-1989). 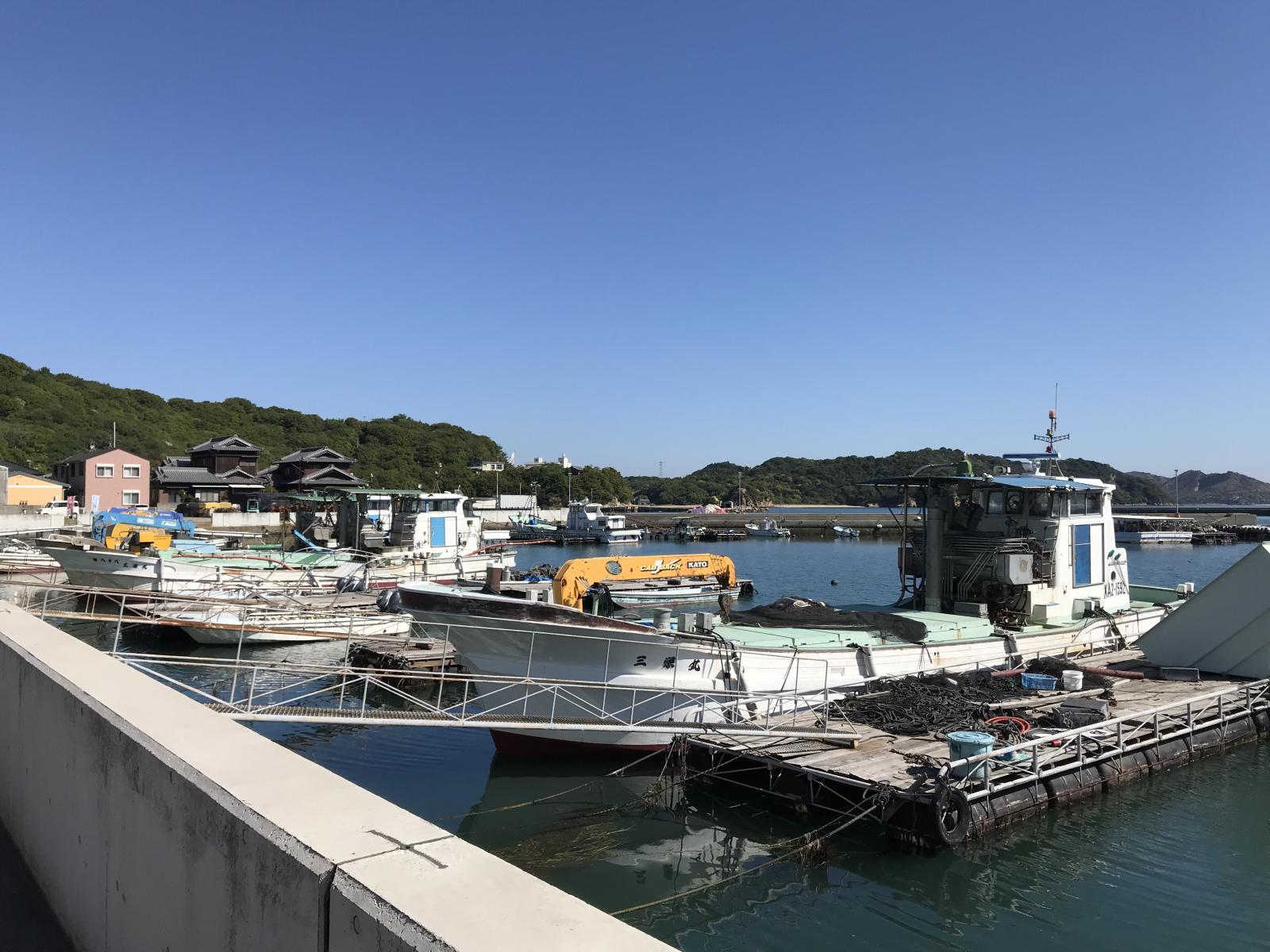 (Nowadays, the production of seaweed (nori) and the fishing of Hamachi fish is still flourishing. )
However, the smoke coming out of the factory was destroying the beautiful nature. That is the reason why Mitsubishi focused on recycling to protect the scenic nature of Setouchi which became an ecological zone and then an island of art.

(View from the ferry of the northern part of the island which looks like the former refinery.  The mountain has no vegetation, not because of the factory smoke but a fire.)
A part of the south part which has not been hit by industrial smoke maintained the beautiful landscape was bought by Benesse Corporation and the company appointed the architect Tadao Ando to design a campsite, a museum and a hotel to make the area into touristic cultural spots. It is today's Benesse Art Site Naoshima.

At the beginning, the inhabitants could not quite believe the project, but the ideas which would not make a museum but also make the island itself into a museum, and revival plan of old houses into modern arts under "House Project", those completely new and fresh contemporary concept attracted and drew public attention all over the world. In 2010, the first Setouchi Trienale was held, and it is evolving, and it leads other islands.

It is 16km in circumference, and most of the sightseeing spots are found in south half part of the island: Miyanoura bay area in west, Motomura area in East, and Benesse House Museum in south. You can walk around those area, but if you do not have enough time, we recommend to use the municipal bus and rental bicycle. Please note that the services and number of passengers are limited, so it is recommended to have extra time in advance to make your plan especially in busy season. The rental bicycle avoid the worries to be late on time as above, but some roads are rogh and bumpy, so it is also recommended to use a moter-assisted bicycle.
《Miyanoura bay area》
There is a main port where the ships from Uno port of Okayama prefecture and Takamatsu port of Kagawa prefecture come into. You may find the "Red Pumpkin" of Yayoi Kusama even before your arrival.Now it is considered to be a symbol of Naoshima and it welcomes all tourists at the entrance of Naoshima and to say goodbye, too.

The Ferry terminal is designed by an unit of architects called SANAA who also designed the 21st Century Museum of Contemporary Art in Kanazawa and also works for the renewal of La Samaritaine in Paris.In this area, there are a Sento (public bath) with the avant-garde modern art by Shinro Otake called "I Love Yu" and "Miyanoura Gallery 6" which has been reborn from Pachinko (Japanese pinball game) shop. 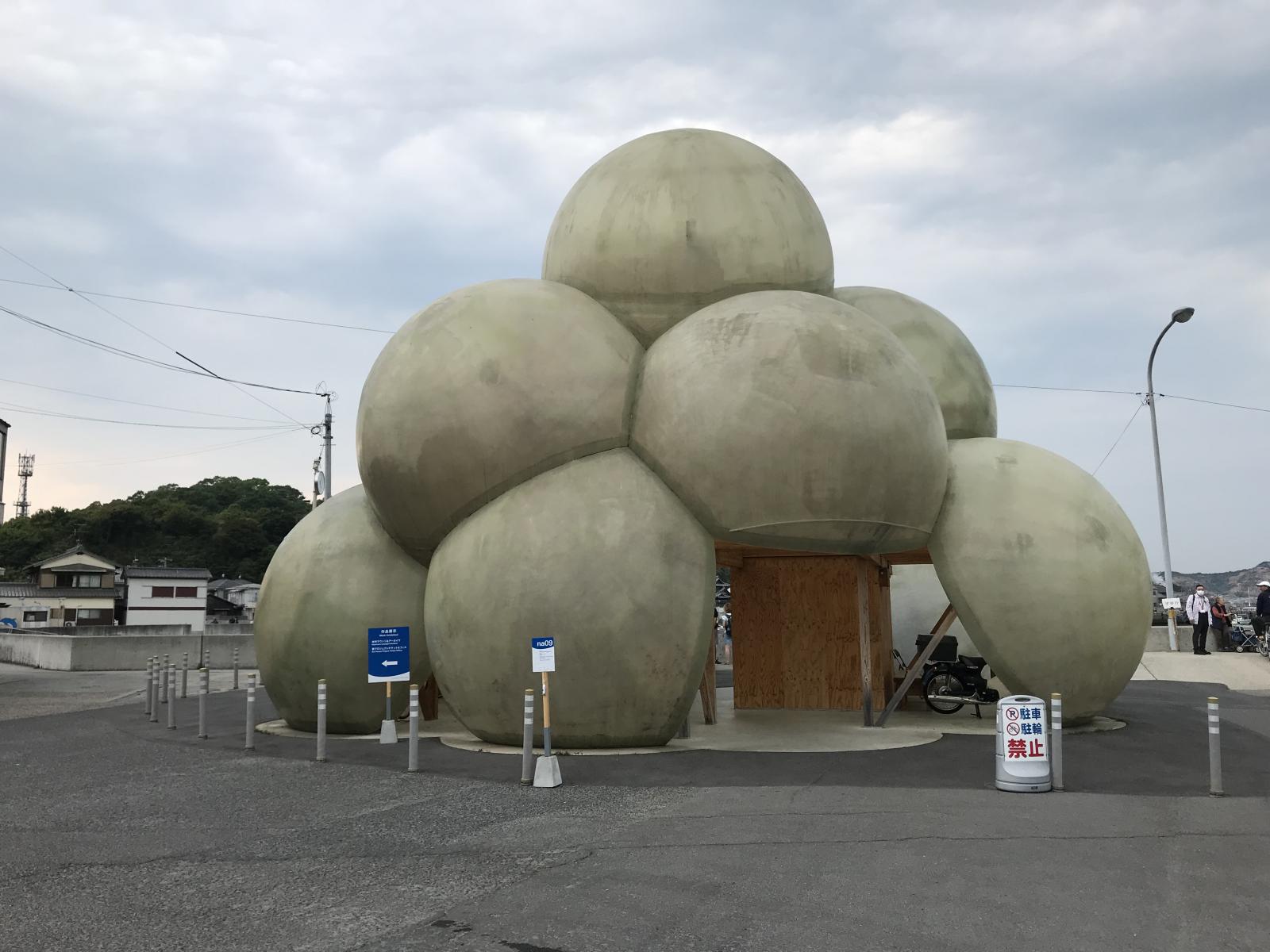 《Honmura area 》
In the east side of the island, called Honmura area, there is a small port for several high-speed boats from Takamatsu port, Uno port, and Teshima port. This terminal has been also designed by SANAA, and the appearance is as like "linked bubbles".
Honmura area is an old village in Naoshima where we find now artistic creations which has been made based on concretized past memories, to harmonize with present and to be leave and transmit to the future. This project is called as "Art House Project" leaded by Tadao Ando, the architect. Up to the present, there are 7 artistic creations reborn under this "Art House Project" so far, and they are all in small district where you can easily access to all of them. 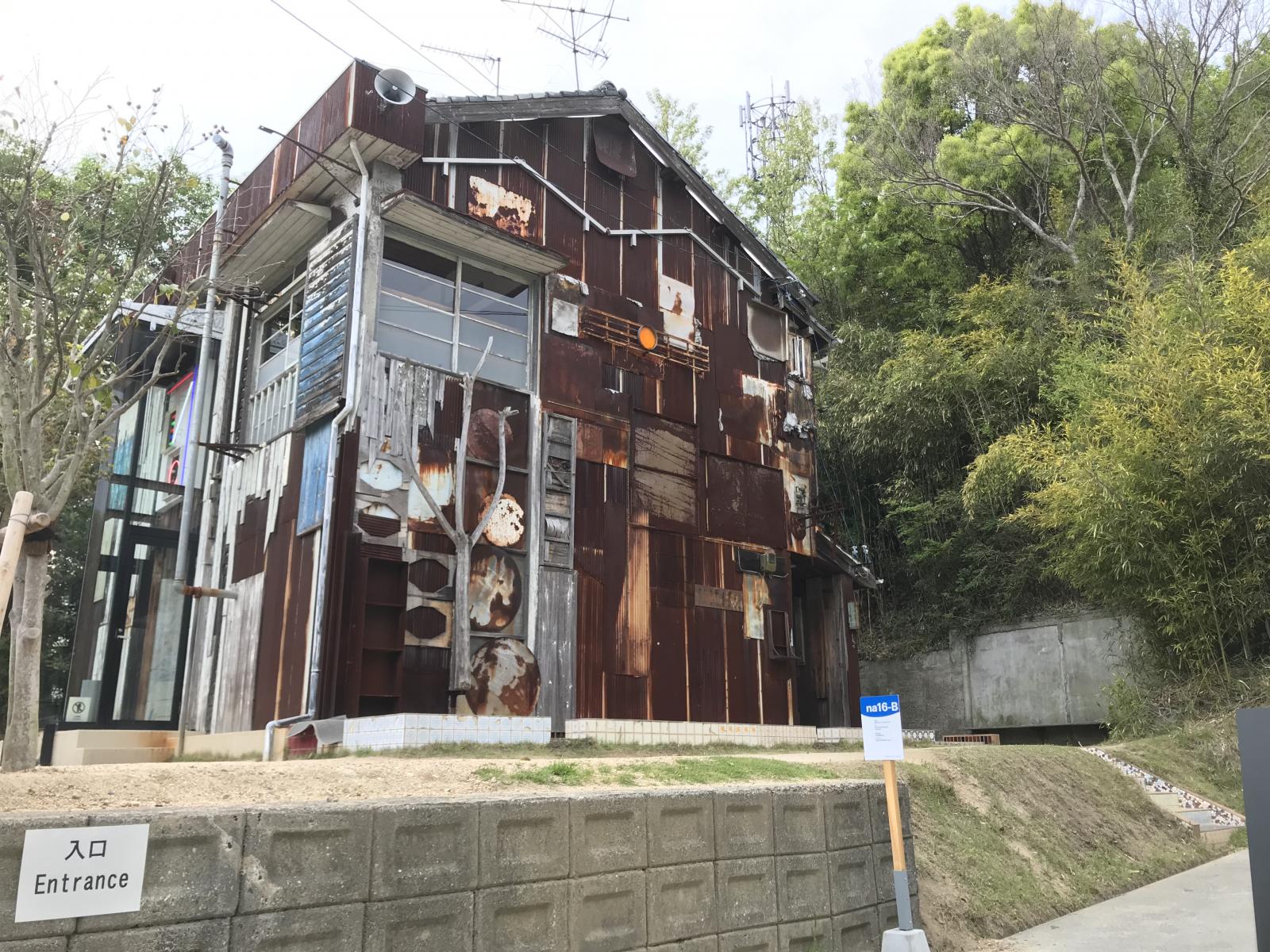 The memories of vacant houses and temples where people used to gather are artisticaly expressed in each room, and the fact that many tourists visit there to re-create new evolution. Tatsuo Miyajima's "Kadoya" which is the first artistic creation by Art House Project and Hiroshi Sugimoto's Goou Jinjya shinto shrine, and Minamidera by Tadao Ando paid homage to James Turrell, etc. You can enjoy the room of intermingle of daily and unusual episodes.
There is also "ANDO MUSEUM" that Tadao Ando designed from Japanese folk houses. The appearance is simple and looked as an old traditional house but you may find the originality created by Tadao Ando in the interior designs.
There are also many cafeterias and restaurants so that it is nice to have a relaxed time enjoying atmosphere of this village where the arts adapted in the calm scenery. 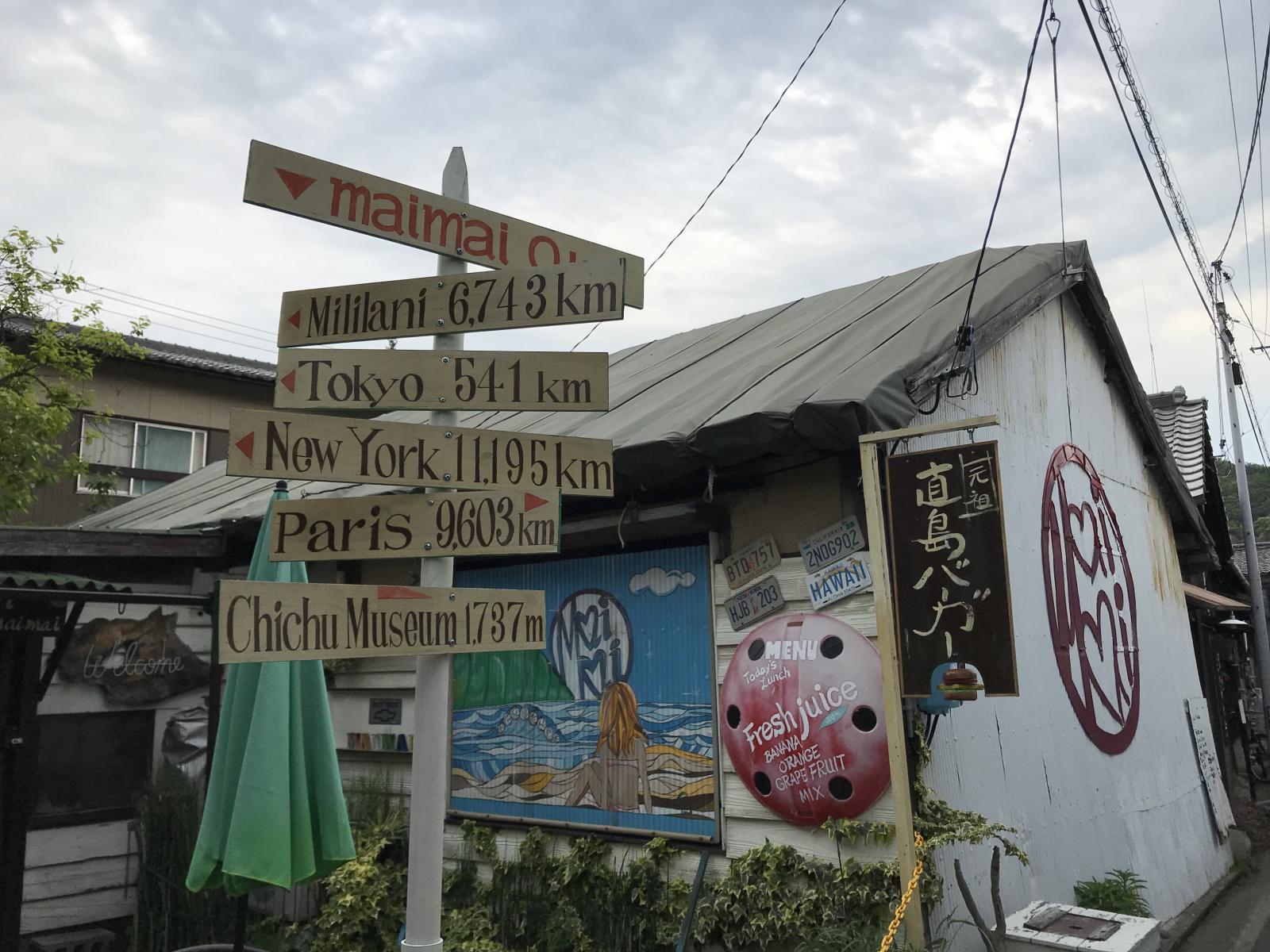 From Miyanoura port, the municipal bus departs and goes through the Honmura area, and then arrive at tsumiura area, the old fishing village where we find many Minshuku (guest houses). In front of the inn Tsutsuji-so, there is a beautiful Gotanchi. There are so many people in summer. And a you will see an yellow pumpkin by Yayoi Kusama standing all alone. 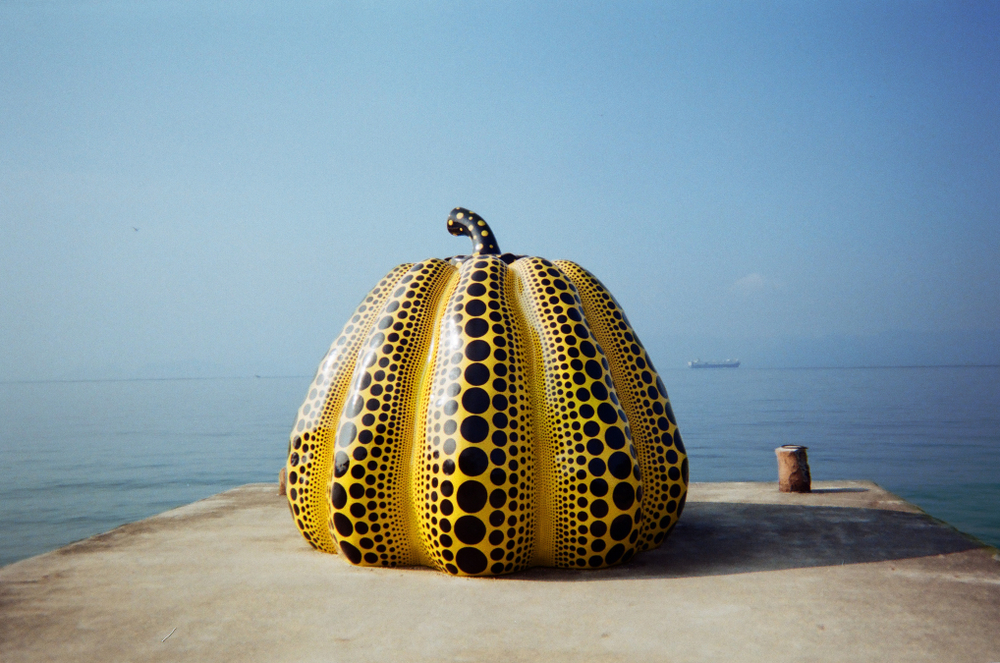 After Tsutsuji-so, the transport is limited and even closed to bicycle, so you should take a Benesse shattle bus (free of charge) or walk in Benesse Museum area. The shattle bus starts basically after arrival of municipal bus, but as it takes only 30 minutes on foot to the Chichu Art Museum which is the farthest, so that it is also recommended to take a walk to go ther passing by the parc and other out-door art objects. 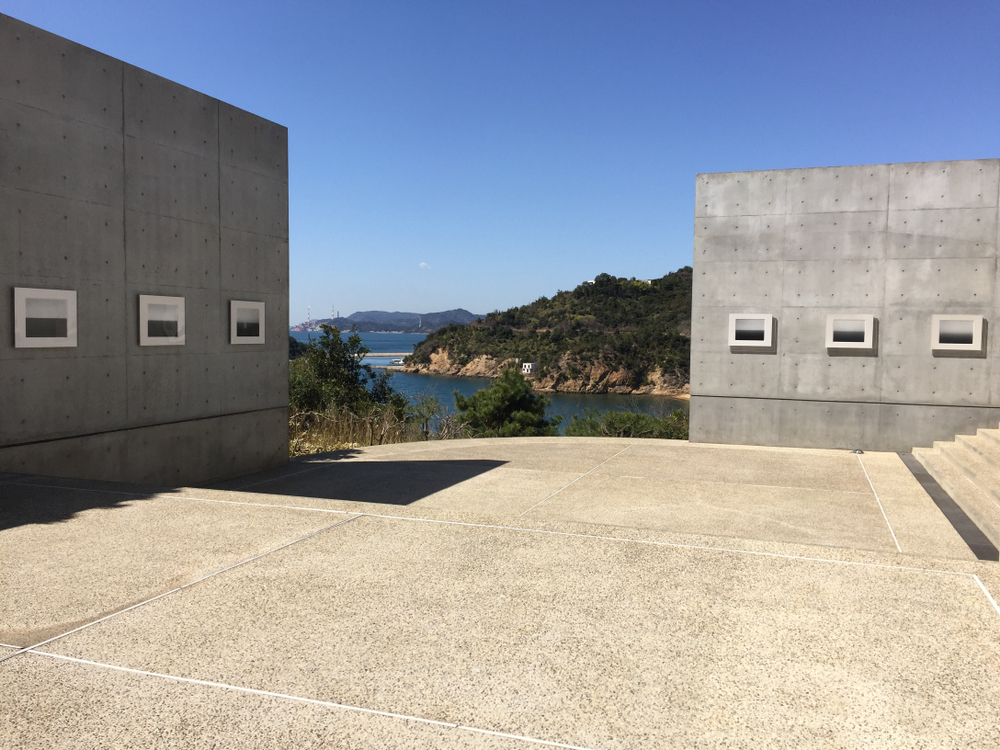 When you departs from Tsutsuji-so, you will see the Benesse House Museum. Benesse House Museum is an integrated facility of a hotel and a museum built based on the concept of "coexistence of nature, art and architecture" designed by Tadao Ando. This is the first facility made by collaboration of Benesse and Tadao Ando, and a large part of the pieces of work are made on the spot, and they are found everywhere: inside and outside of the Museum and also in the guest rooms. There is an installation artwork of contemporary art using the space itself, so it is a museum of multi angles. Then you will see the Lee Ufan Museum. A museum resulting from the collaboration between internationally acclaimed artist Lee Ufan and architect Tadao Ando. Ando designed semi-underground structure house and Lee Ufan, leading figures of the Mono-ha school ("Mono" means Things) artworks are on exhibition.

Going further, there is the Chichu Art Museum and now Miyanoura is not far from there. 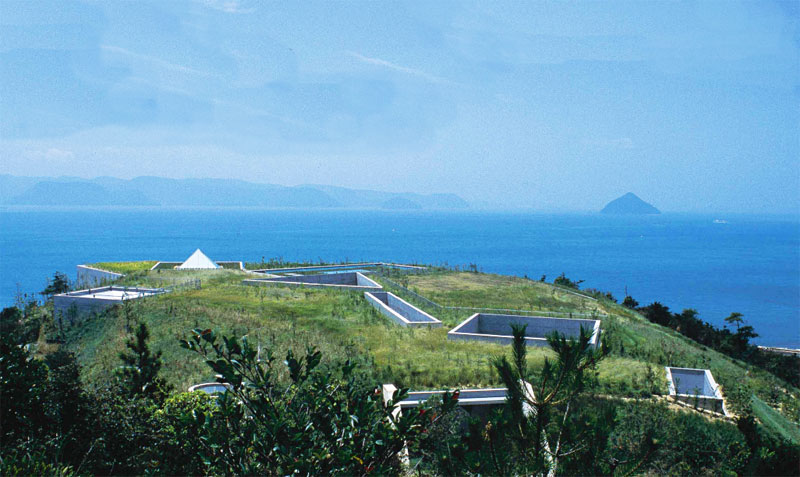 This museum was built mostly underground as it is written in Japanese.We can find the artworks of Claude Monet, Walter De Maria, and James Turrell and the museum is designed by Tadao Ando exclusively for those 3 artists. The construction of the museum and artworks are unified and they create an original and unique installation artwork itself. Consequently, it became very popular, but in the other hand, and it is "the place where we have to think about the men and nature" which is the concept, so in order to avoid receiving too many people, number of visits per day are limited, so that the visitors have to book in advance before coming to the museum.
該当する商品がありません
Call via Skype
Mon.-Fri. 10:00-18:00 (GMT+9)
(Except public holidays and New Year holidays)
English, French, Japanese