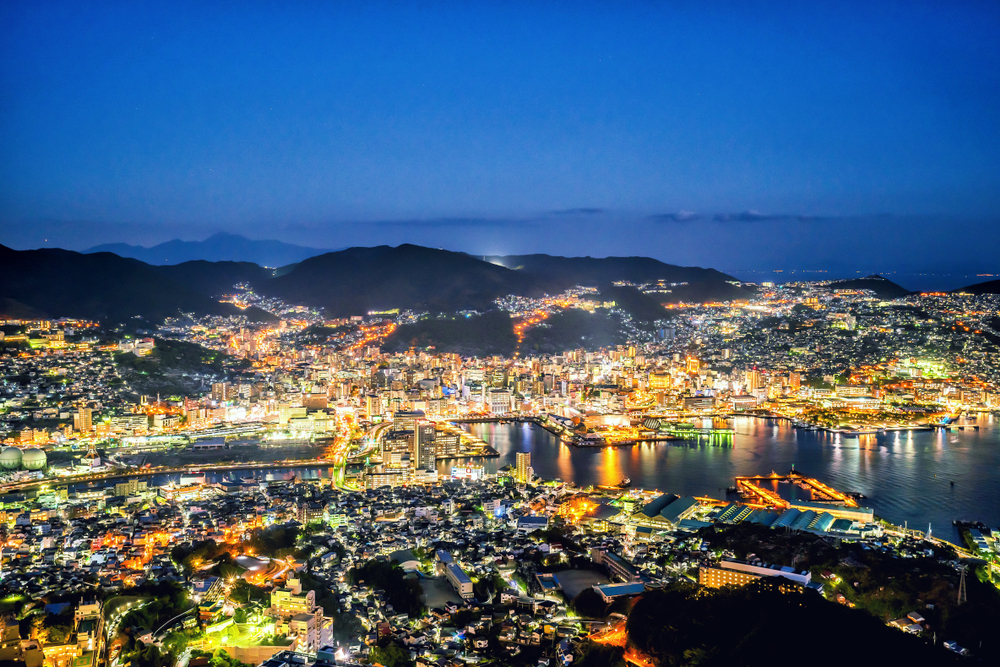 The three most beautiful waterfalls of Japan 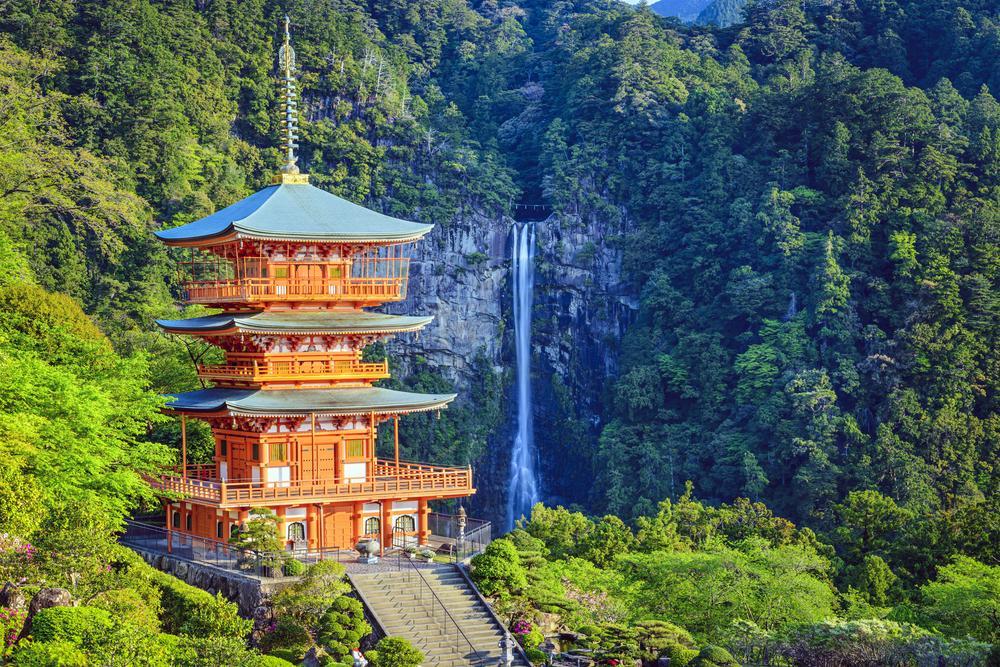 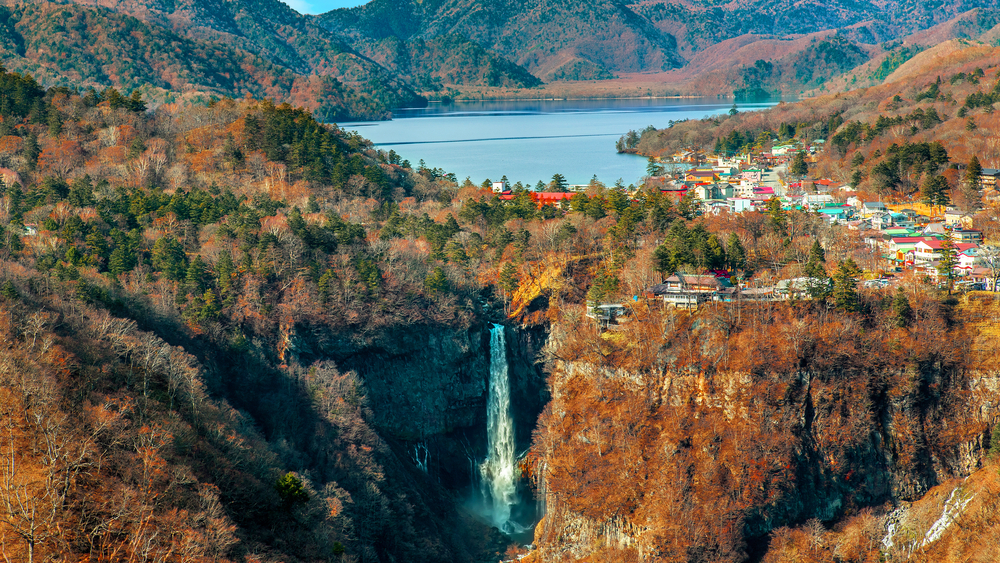 The three most beautiful night scenes of Japan

- Night view on Hakodate (Hokkaido)
You will see the illuminated city from the top of Mount Hakodate, which is a magnificent night view.
-Night view from Mount Maya (Kobe)
Near the Hoshino terminal station, the Kikusaidai platform on Mount Maya can be easily accessed by cable car to discover the vastness of urban life in Kobe city and the Osaka area.
-Night view from Inasa Mountain (Nagasaki)
Night view of Nagasaki Harbor from Inasa Mountain. If the weather is permited, we can see the Goto Islands while waiting for the night to discover this magical landscape in a day. 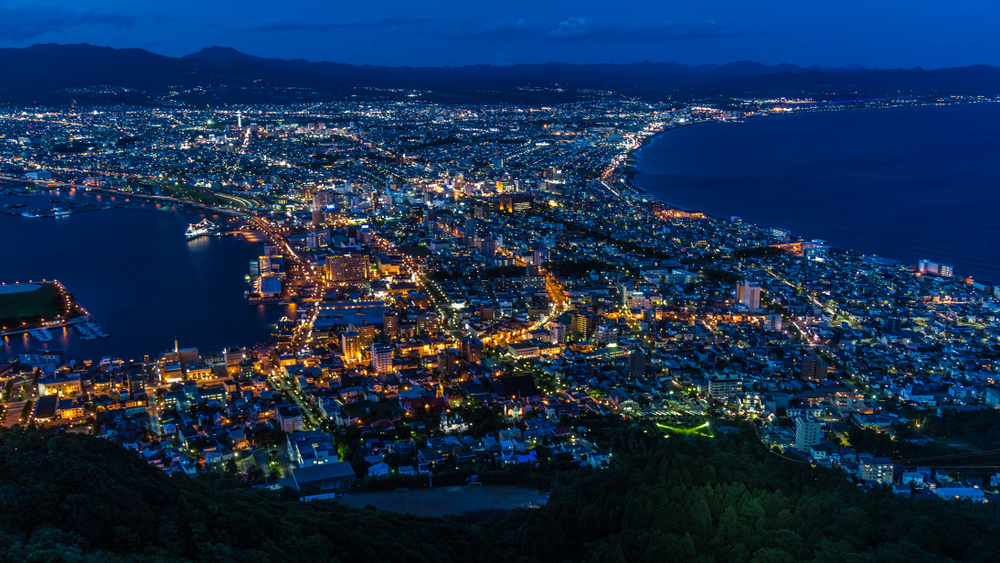 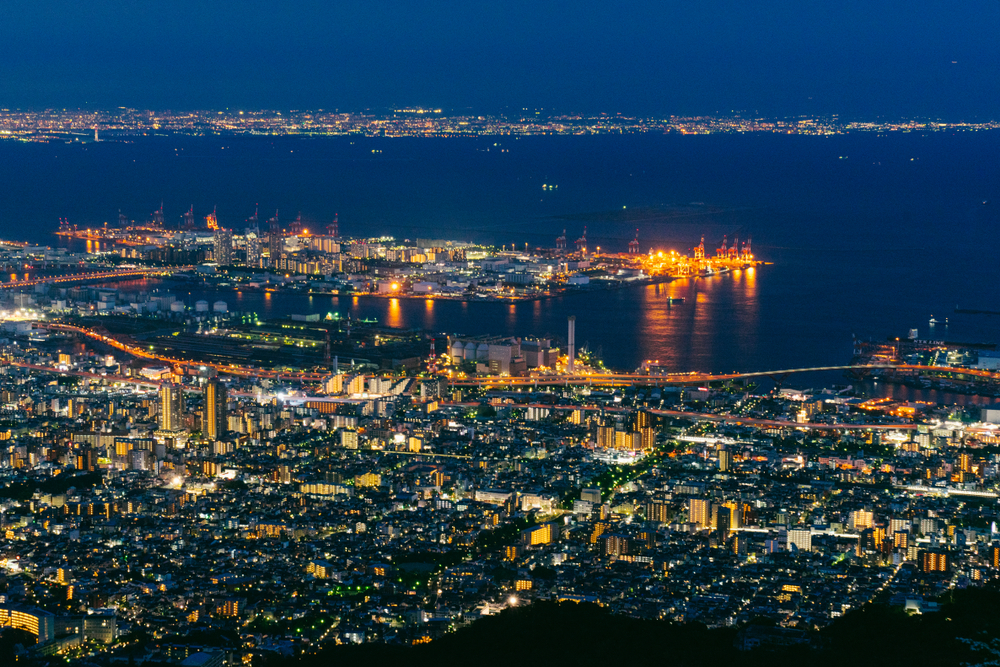 The three most famous sights of Japan

- Matsushima (Miyagi)
Landscape of more than 200 forest-covered islands, the bay of Matsushima does not cease to amaze us by its beauty each season.
- Amanohashidate (Kyoto)
The sandbar compared to a dragon flying in the sky is a rare natural phenomenon in Japan, a must for a fantastic ride in the heart of Kyoto Prefecture.
- Miyajima (Hiroshima)
One of the most popular sites in Japan, this sacred island off Hiroshima is a must for a trip to the archipelago to admire the shinto shrine Itsukushima and torii floating on the sea. The three most beautiful castles of Japan

- Kumamoto Castle (Kumamoto)
Kumamoto Castle in spring, lined with cherry blossoms. Despite the earthquake that destroyed the construction in 2016, the restoration has been undertaken.
- Matsumoto Castle (Nagano)
In Japan, there are 12 castles that have preserved their original appearance, of which 5 are classified as national treasures, the catles of: Himeji, Hikone, Inuyama, Matsue, and Matsumoto.Matsumoto Castle is painted in black which entitle the name of "Karasu Jo" (The Raven Castle). Nagano prefecture is also known as the Olympic site for the 1998 winter games.
- Himeji Castle (Hyogo)
It is listed as a UNESCO World Heritage Site and designated as Japan's Cultural Treasure with Kumamoto Castle and Matsumoto Castle. This castle is known by the nickname of  "Shirasaki-jo" (White Heron Castle or White Egret) because of its white color, that is contrast with Matsumoto Castle. 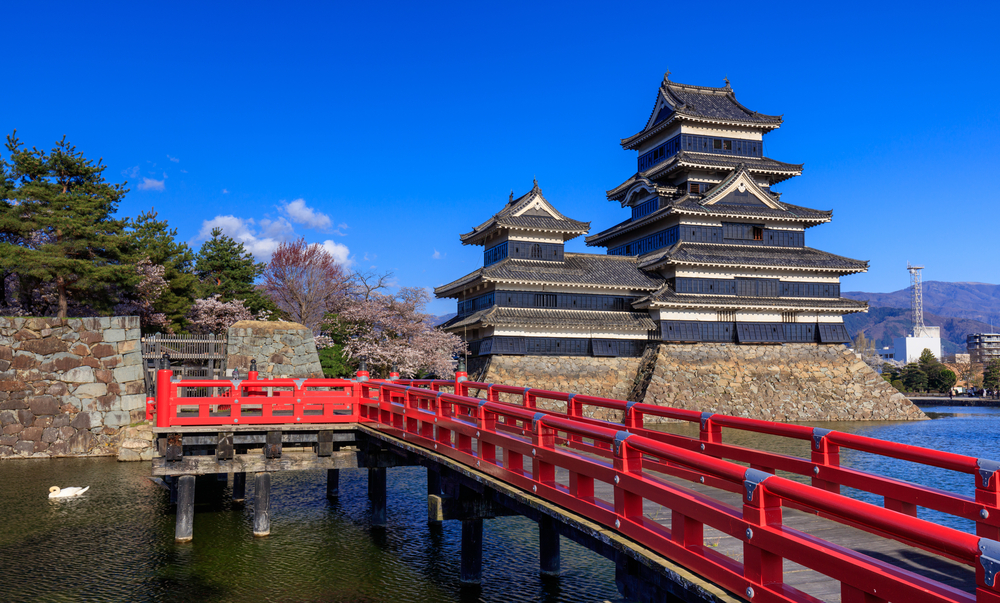 Himeji castle (Hyogo)​​​​​​​
The three most famous gardens of Japan 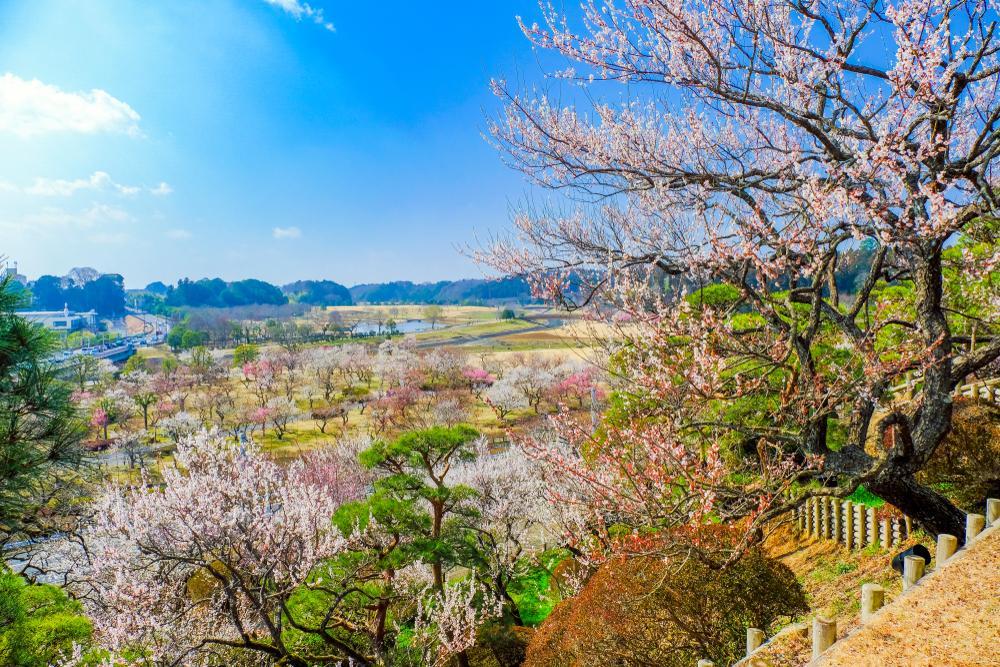 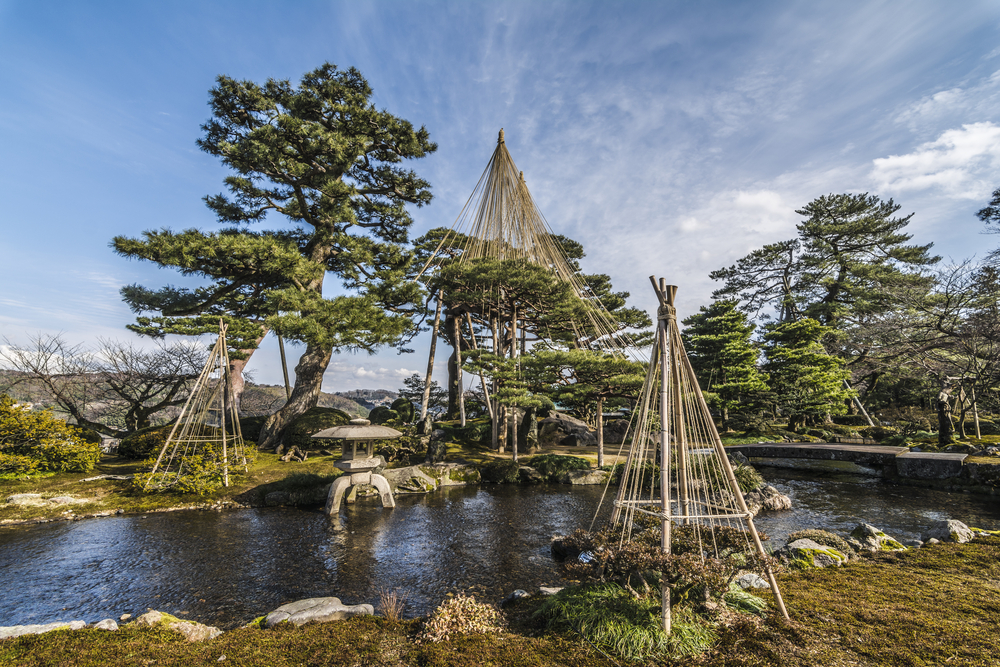 Koraku-en (Okayama)
The three most famous spa towns in Japan
The Japanese love hot springs to relieve the weariness. Here are these 3 most remarkable hot springs (onsen). 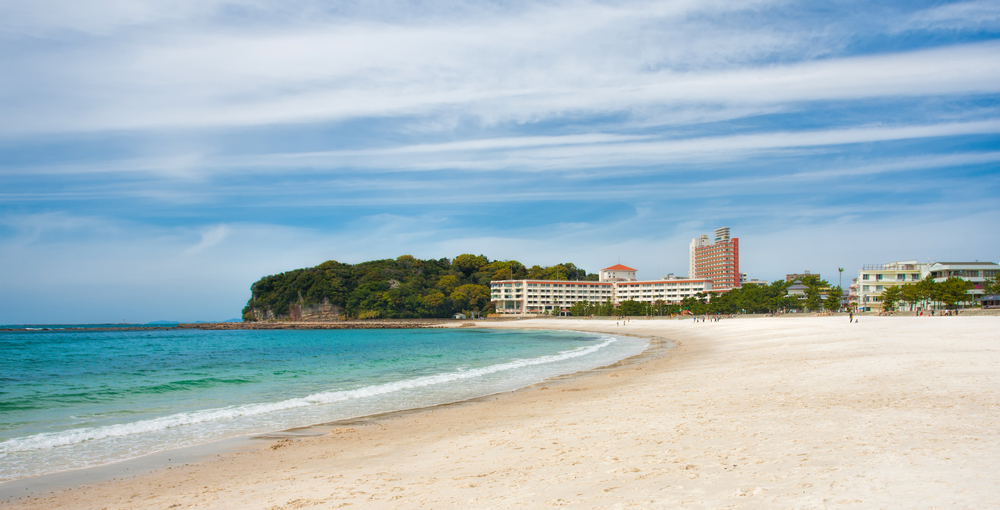 The oldest and famous hot springs of Japan
The onsen following are already introduced in Nihon Shoki (Chronicles of Japan) published in 720 and Fudoki published in 713. 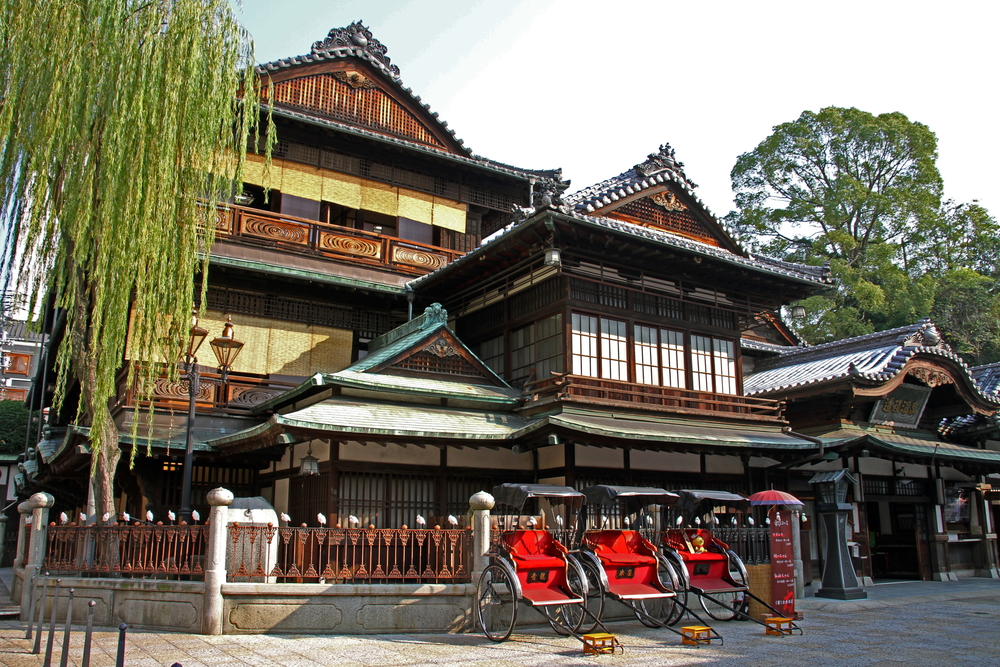 Shirahama-onsen (Wakayama)
The three most famous festivals of Japan 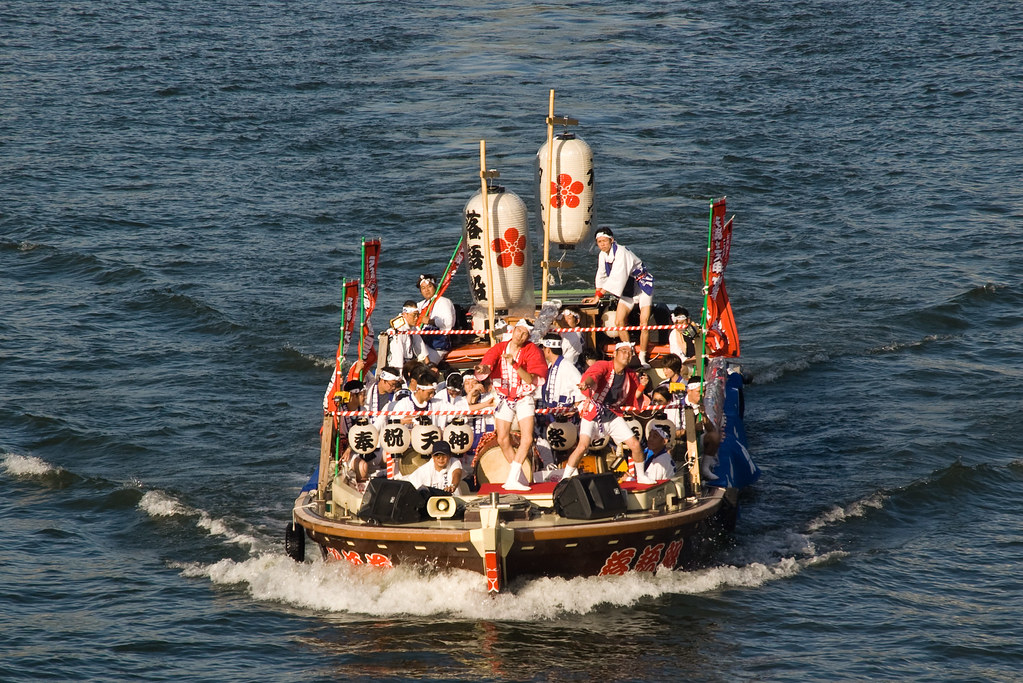 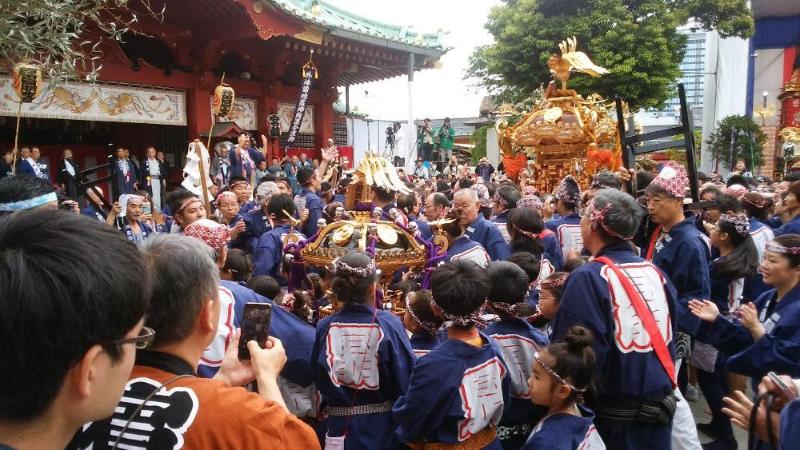