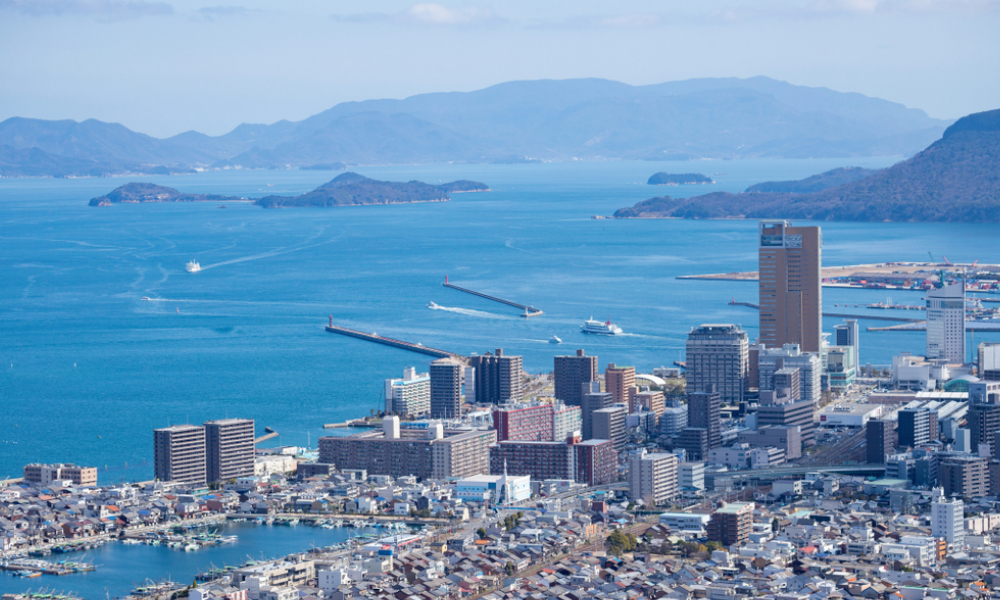 Takamatsu is the capital of the Kagawa prefecture, the city once flourished as a major commercial port and had an important part in the trade market with the Shikoku island. Since the island can also be reached by plane, it attracts more and more foreign tourists nowadays.
But Takamatsu also is a city of art, nature and history. There is the Takamatsu Castle near the Takamatsu station, famous for being one of the three "Mizujiro", literally the castle in the sea, which moats are filled with saltwater fish. Next to the castle, you can enjoy a nice walk in the Tamamo-koen park. 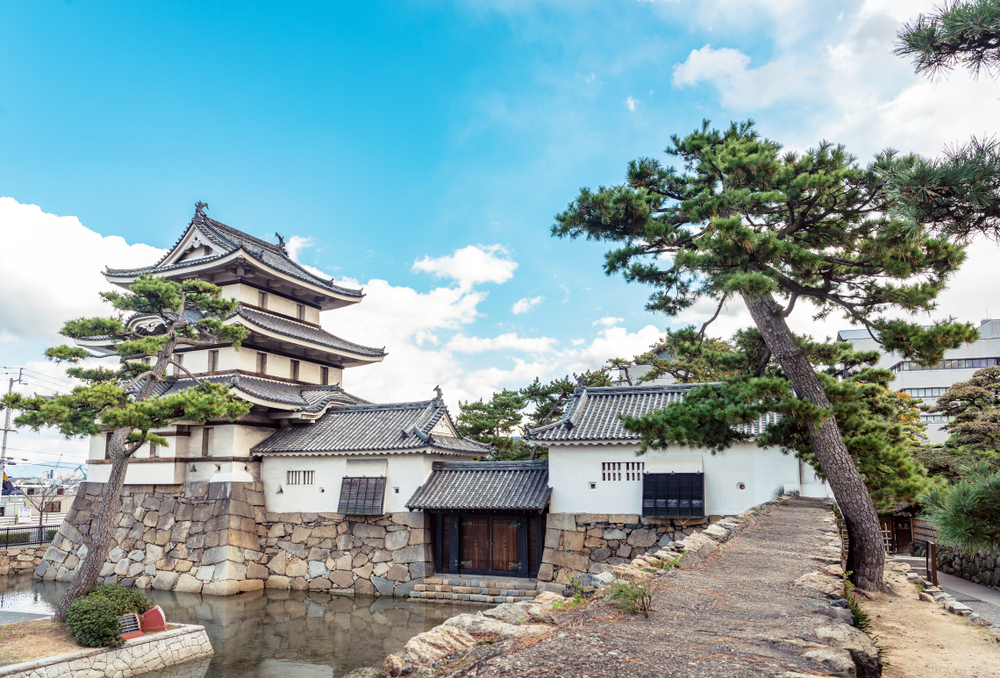 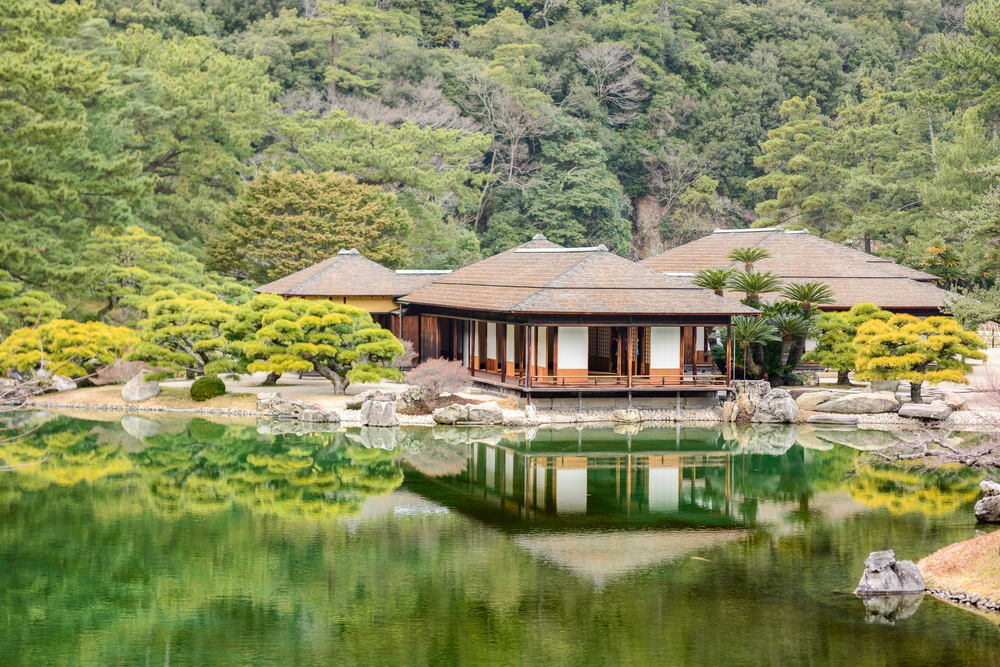 About 10 minutes drive from the castle, you will find the Ritsurin-Koen park which was designated "special place of Scenic Beauty" in 1953 by the Japanese Government. The park has been renovated 400 years ago when the lord Yorishige Matsudaira was in charge of the region. It has remained unchanged until now as it has not been severely damaged during the war. There are six ponds and thirteen miniature hills and you can admire the Mt. Shunzan standing in the background. You will admire the beautiful pine trees lining up in the park and an old chashitsu "tea room" built around 1700, which gives you a glimpse of what everyday life was like for a Daimyo (domain lord) during the Edo period. At each season through the year, this sumptuous park changes color and continues to amaze us with its beauty. 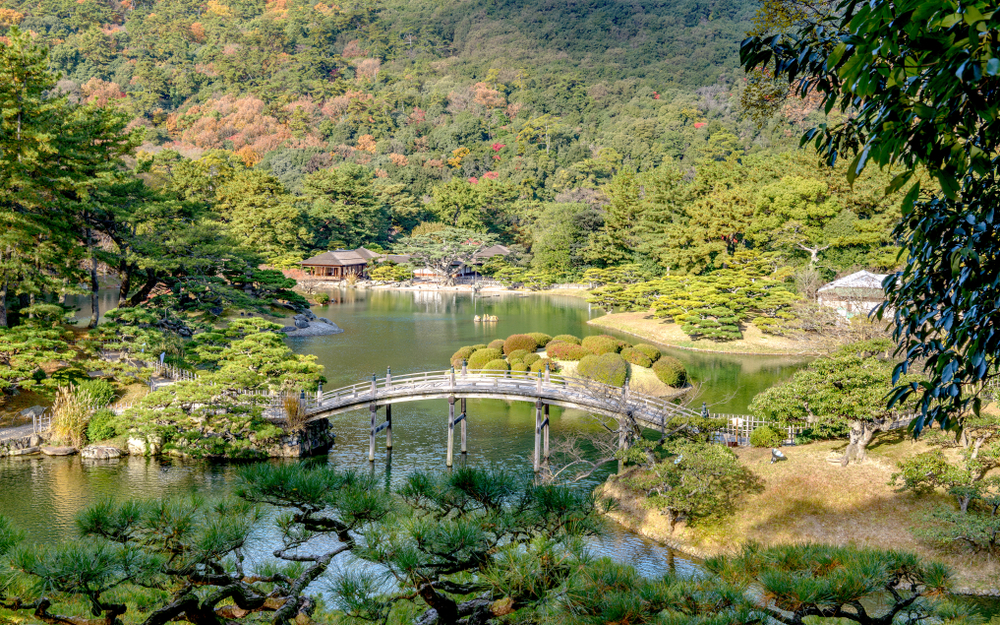 Even though the park is called the "chestnut park", there are almost no chestnut trees in the park. It is kind of hard to explain this name until now as it remains a true mystery.

After walking these two parks, you will for sure become hungry. It is the best opportunity of tasting Kagawa's specialty, every single person who lives in Kagawa knows "Udon (Japanese thick noodle)", the iconic food of Kagawa. The udon is very popular because it is cheap, fast, and exists in many different varieties. If you feel like eating it, there are some Udon shops open from the morning. Or you can also find your favorite one by shops hopping. 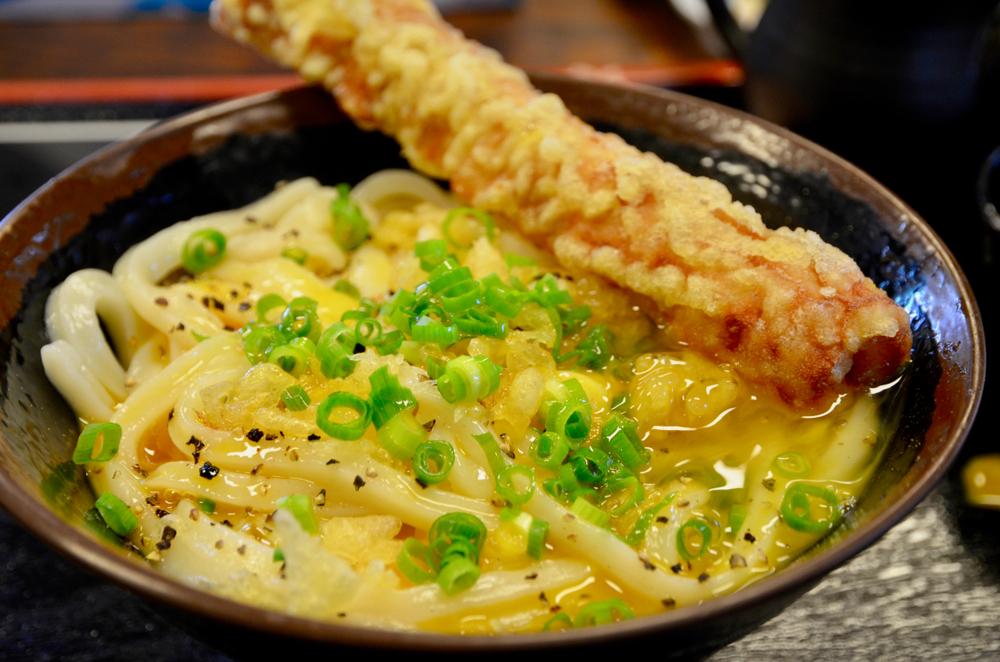 Wait a minute! Kagawa's famous food is not only udon, but also chicken legs are waiting for your empty stomach! There are two choices; a parent or a young chicken, while the texture of the parent is rather chewy, the young is soft. Those meat are juicy with salt'n pepper and hot sauce. This dish goes perfectly with a cold beer. 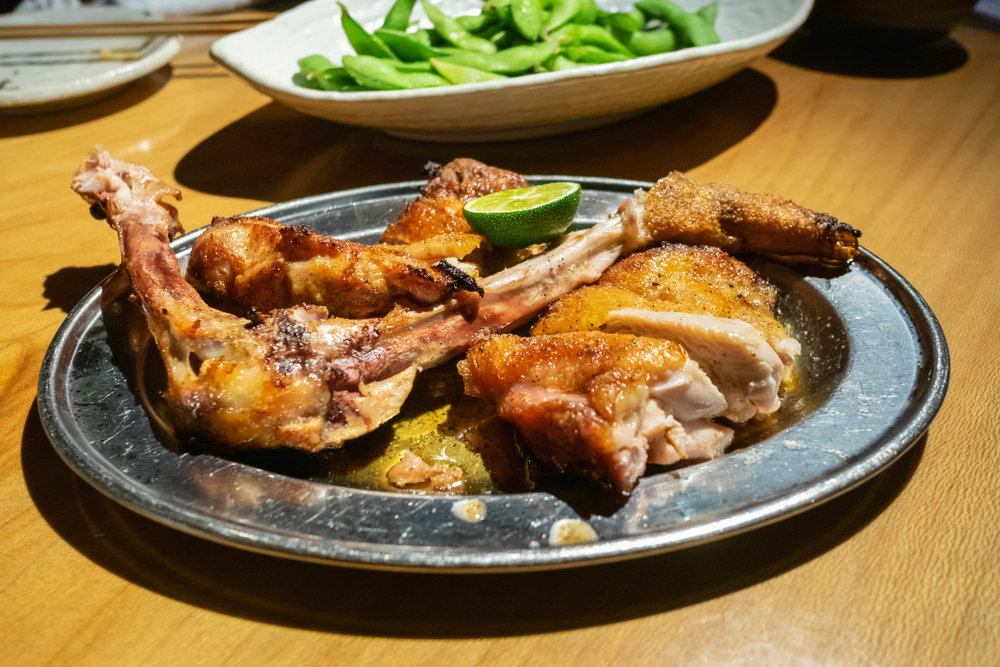 Another aspect not to be missed in Takamatsu is the art. The city is referred to as " the art town, Takamatsu" and plays an important role in the international festival of contemporary art of Setouchi since 2010. On this occasion, you will discover many works exhibitted in the city. As far as it can not bet compared with Naoshima, Takamatsu is also well-known as an art town. For example, you can visit a former warehouse located near the Takamatsu port called "the alley Kitahama", which has been renovated and there are the Takamatsu museum exhibiting contemporary arts and the Isamu Noguchi Garden Museum exhibiting the works of the Japanese-American sculptor Isamu Noguchi.

The image of Kagawa prefecture is often linked to "Udon", but Kagawa has a lot more to offer than only udon. You can find all the treasures that Kagawa prefecture has to offer in Takamatsu city.
該当する商品がありません
Call via Skype
Mon.-Fri. 10:00-18:00 (GMT+9)
(Except public holidays and New Year holidays)
English, French, Japanese