Shodoshima is an island that appeared after a volcanic eruption 14 million years ago. Among the 700 islands of the Seto sea, it is after Awaji island, the greatest. There are about 30 000 inhabitants and a lot of people have settled there recently. 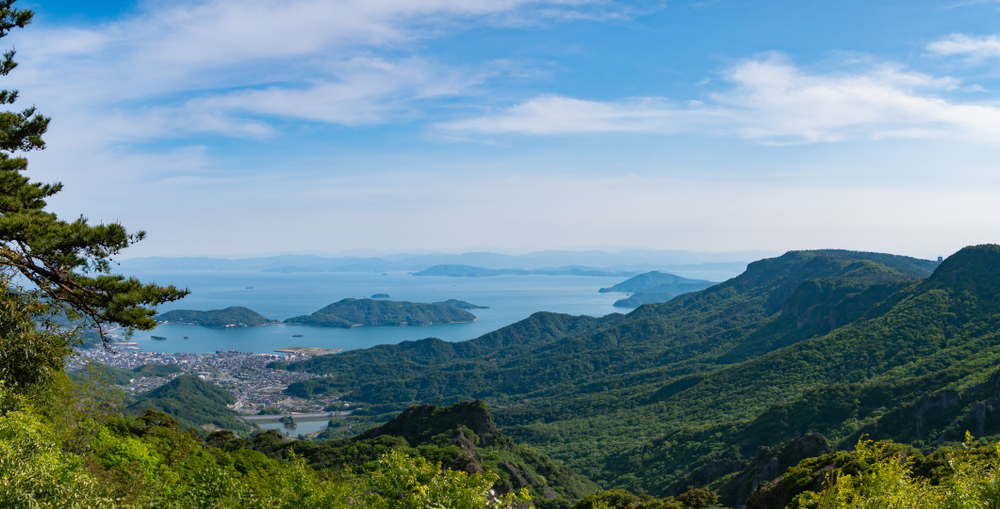 The island counts 6 ports, that linked different parts of Japan by ferry, starting with Shikoku, Takamatsu, Kobe, Himeji, Hinase and Okayama. Therefore, the island has been developed significantly. The island is wide so it is important to select some places to visit before to go. There are some interesting sites we recommend to discover :

When we hear about Shodoshima in Japan, we immediately think of olives. It is indeed the specialty of Shodoshima, even if the road to reach it was not easy to access.

They have been cultivated here since 1908. At that time, Kagoshima and Mie also started growing olives, but it was only in the Nishimura region of Shodoshima that growth was successful. 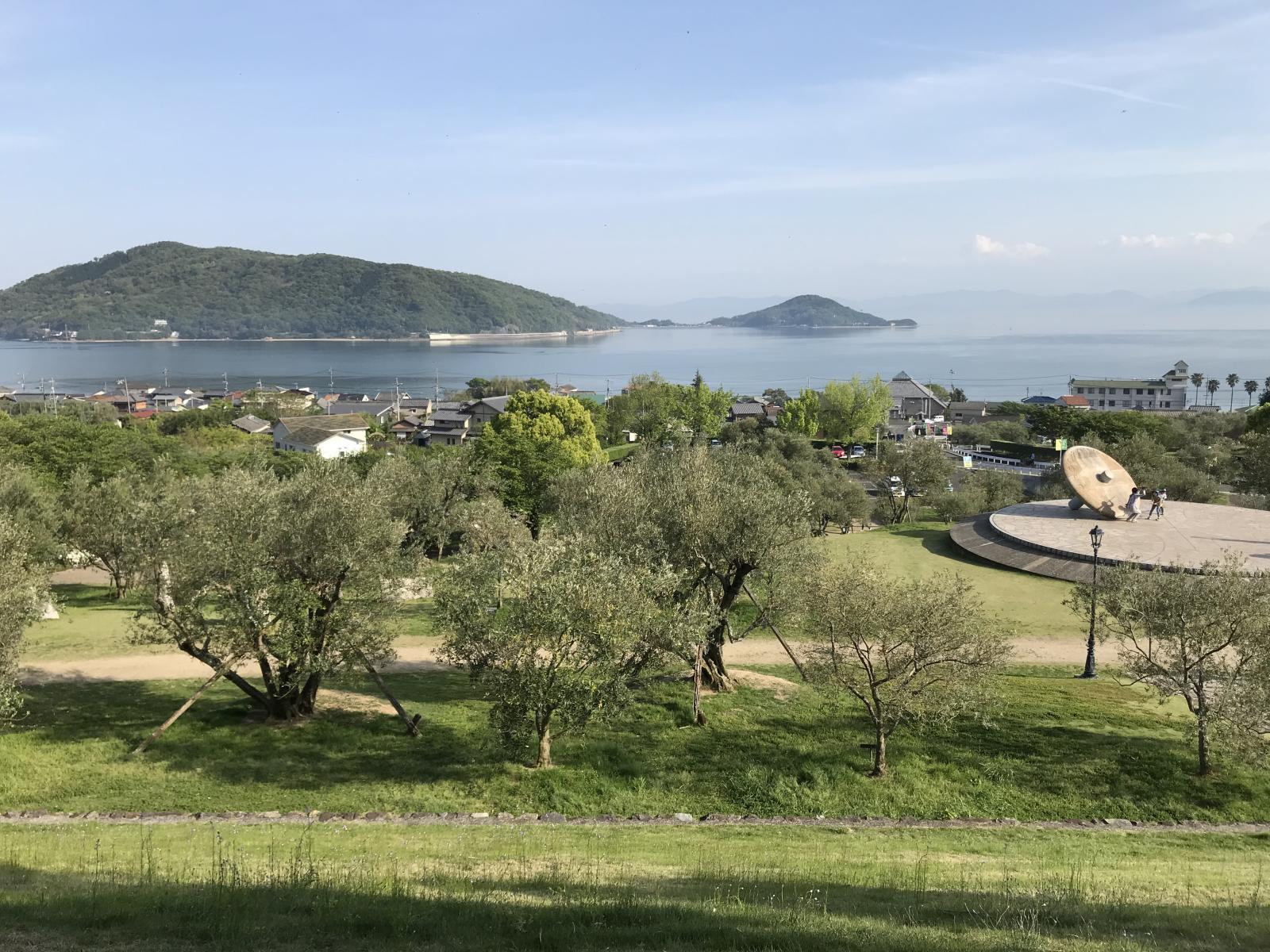 However, even with a high production of olives, there was no machine at the beginning to extract the oil. A jute bag was used in the manner of making soy sauce to achieve this. After many trials, although slowed by the presence of a parasite, the production of olives in Shodoshima became prosperous. Nowadays, olive oil is so requested that the island is sometimes out of stock, and some kinds of olive oil of Shodoshima are only buyable at the producer's place. The European olives are famous but come to try also those of Japan ! 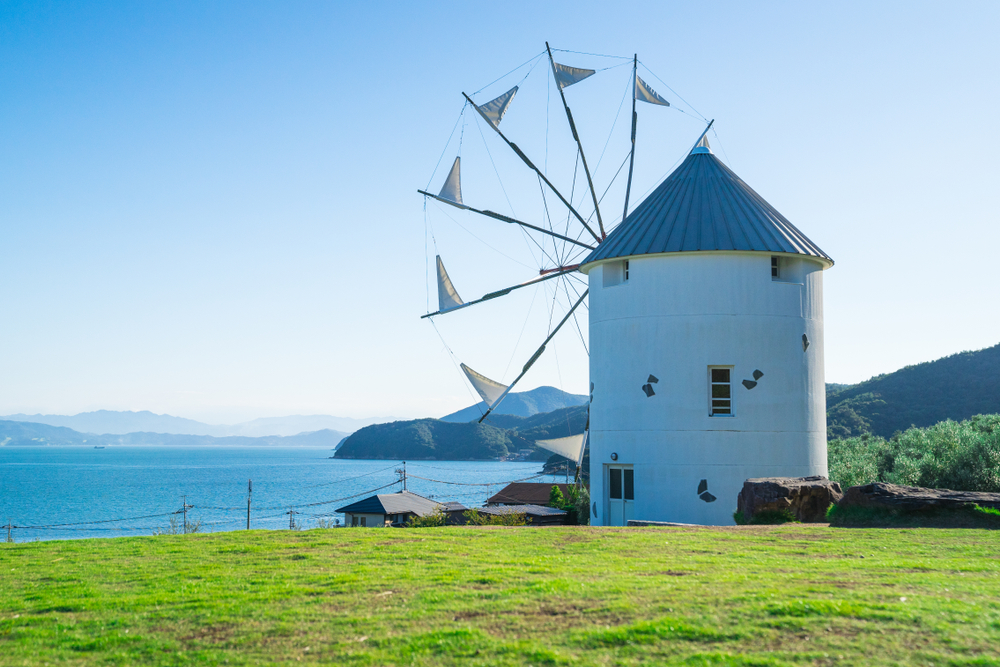 You can enjoy the olive park, a place that includes an olive plantation and a park. There are Greek-style buildings harmonized with the landscape of the Seto Sea. We have the sensation of suddenly finding ourselves in the Greek islands.
Soy sauce and Hishio no sato

As mentioned just before, the specialties of Shodoshima are olives but also somen (vermicelli noodles) and soy sauce. East of Shodoshima, the road that connects the Yasuda region and the Sakateko port includes a Tsukudani manufacturing factory (small foods stewed in soy sauce such as fish, seaweed or shellfish). Even today, many warehouses produce Tsukudani in traditional wooden barrels.

The production of soy sauce in Shodoshima increased during the Edo period. In addition, salt has been produced, and the climate of the Seto Inland Sea is conducive to the production of yeast, not to mention that since shipping was important there, high quality wheat and soybeans were imported. These 3 conditions are perfect to the manufacture of a very qualitative soy sauce. However, in the Meiji and Showa periods, soybean was beginning to be produced in large quantities everywhere and traditional production began to be lost. Shodoshima was of course also affected by this decline and the number of warehouses that was 200 at the time Edo is now reduced to 20. 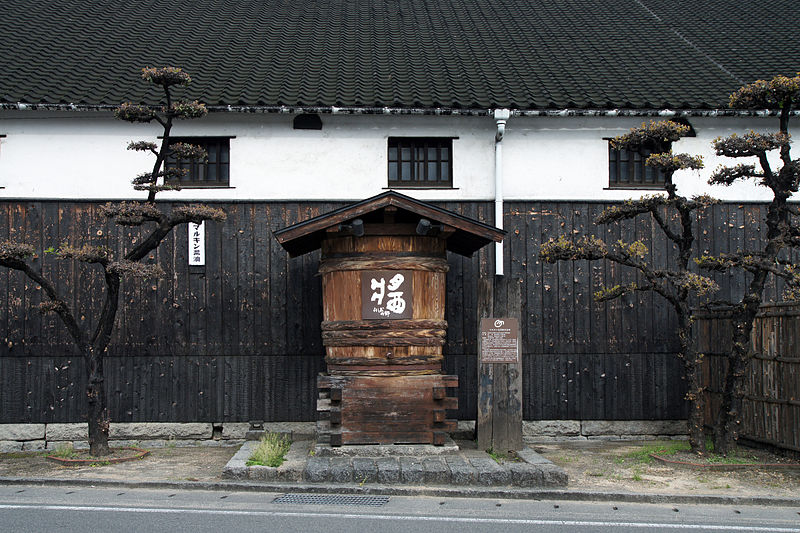 To protect these industries came what is called "Hishio no Sato" which are soy sauce warehouses that continue a production according to traditional manufacturing methods. You will be surprised by  the smell of soy sauce as you stroll through the streets. It is possible to visit without booking. What about visiting the place ?
You can even eat natto (fermented soy paste). But know that after eating, it is not allowed to access the warehouse because of the bacteria found in the natto that can destroy the yeast.
Toshoko and its surroundings. Angel road

At Shodoshima was once the port of Tonosho where ferries from Okayama and Takamatsu arrived, and many people who come to visit Shodoshima arrived by this port.
There is a neighborhood called "labyrinth town" about 15 minutes walk from here. As its name suggests, the streets are narrow and winding, and there is no large building to help you find your way. It feels like you were in a maze when you walk around. It has this appearance because it was necessary to prevent the invasion of pirates and other enemies during the feudal period. And today, it plays a role of dissipation of the marine winds. The area is lined with retro shops made in renovated ancient houses and small museums. Do not worry if you get lost in the alleys, people are there to help you find your way. 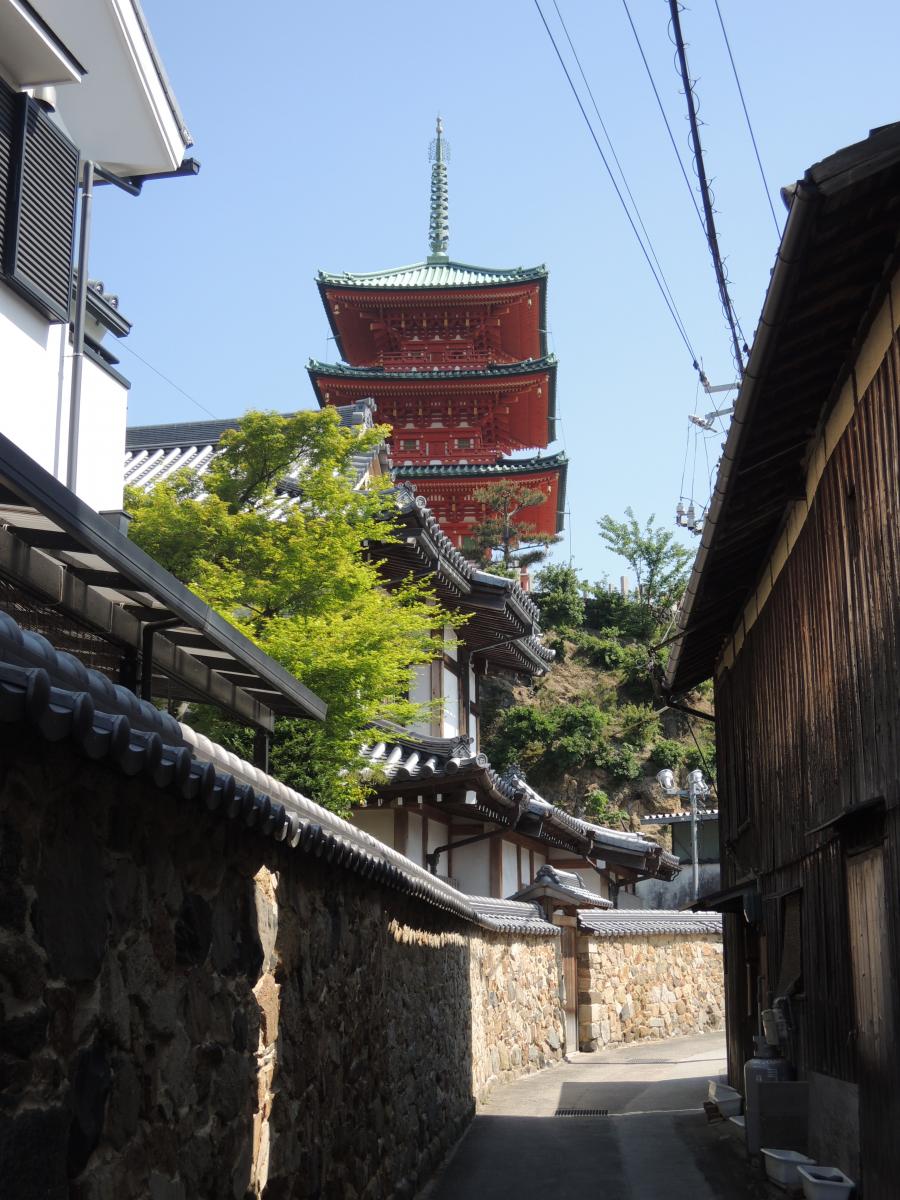 From the "labyrinth town", if you succeed in getting out, we will walk about 10 minutes to reach the beach, and more precisely, the favorite place of lovers, a place called the Angel Road.

Twice a day, at low tide, the sand road "Angel Road" allows us to reach a small piece of land. When couples cross this road, they are said to be bound forever, hence the name of the road of the angels. The island is therefore accessible at low tide by this road, and we must not forget to be careful when walking on slippery rocks.

The Kankakei Gorge, one of the three most beautiful valleys of Japan, is a true symbol of the country. Since the appearance of Shodoshima 14,000,000 years ago, the gorges have appeared with the erosion and movement of the earth's crust. You will have the chance to admire this breathtaking natural landscape, changing every season, especially in spring when it is covered with cherry trees and in autumn with the sublime autumn leaves. You can easily reach the top of the rocky walls of the gorge by taking the cable car, but also on foot in one hour of walking on a beautiful hiking trail. The cable car ride and the return walk is also possible, so choose your way to go !
該当する商品がありません
Call via Skype
Mon.-Fri. 10:00-18:00 (GMT+9)
(Except public holidays and New Year holidays)
English, French, Japanese