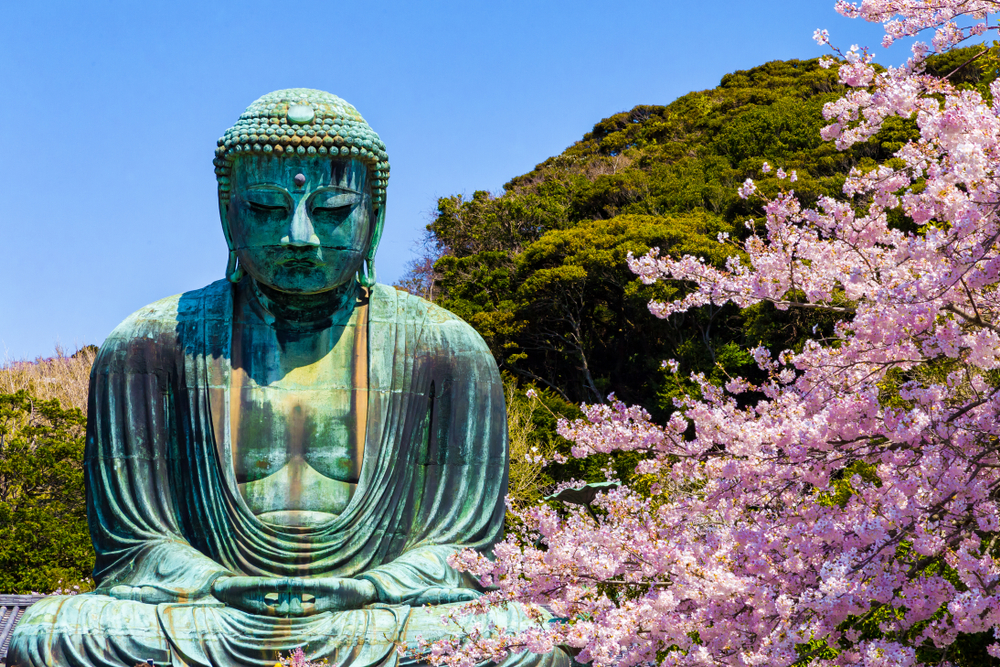 The Three Great Buddhas of Japan, or maybe just the two?

From the Edo era (1603-1868), there is in Japan a classification of the Three Great Buddhas that would be the three largest sculptures with  the greatest cultural significance of the deity in the country. Here are the three sculptures that were always mentioned at this time :

Standing in the middle of the Todai-ji temple in Nara, the original Buddha was built between 747 and 752. Unfortunately, due to many fires, only a part of the pedestal and knees remain, the current sculpture was built during the 17th century. It measures nearly 15 meters. 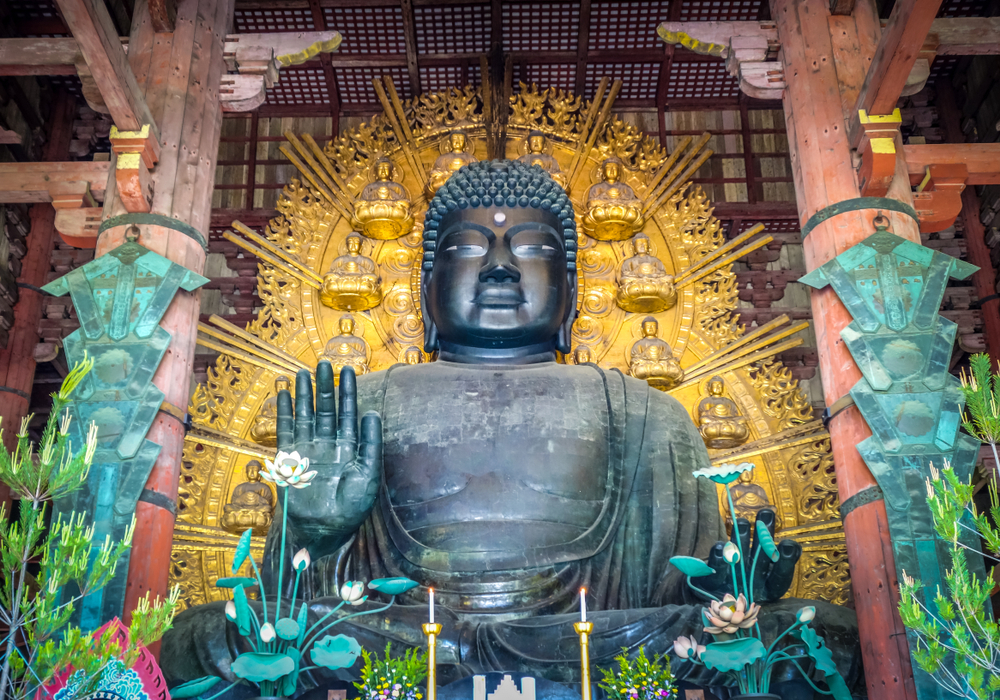 The Great Buddha of Nara

Located at Kotoku-in, Kamakura in Kanagawa prefecture near Tokyo, the sculpture is about 13.35 meters for a weight of 112 tons. Built around 1252, it replaced another monumental sculpture that was made of wood and considered too fragile. The present Buddha was housed in a hall that was destroyed and rebuilt several times until it was decided to leave it in the open air. It was covered with gold which can still be seen around the ears. 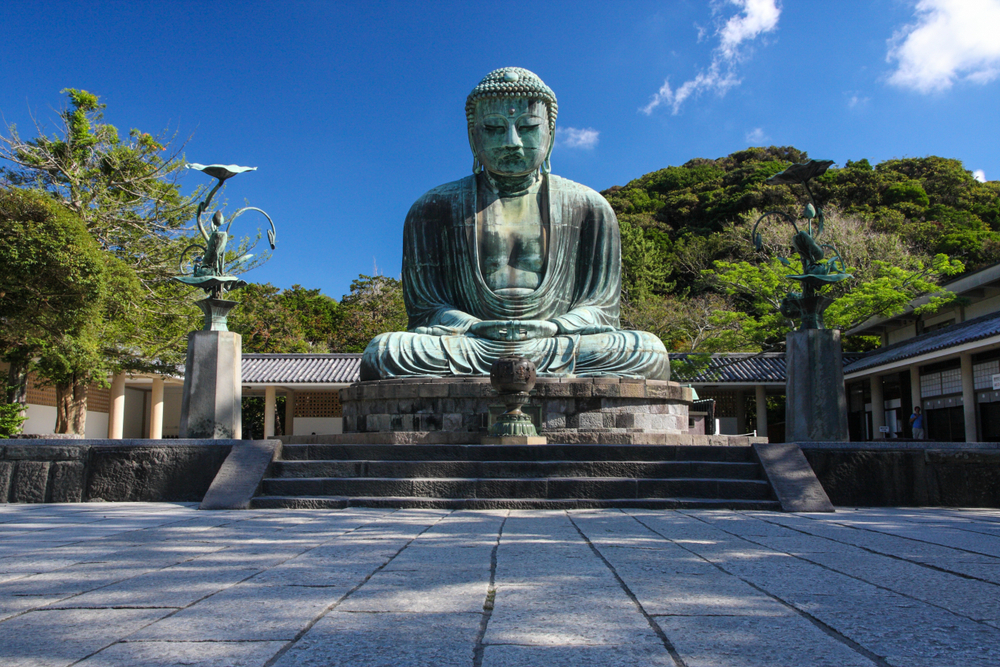 The Great Buddha of Kamakura

Its construction starts at the end of the 16th century. The first version of the statue was destroyed before its opening to the public by an earthquake in 1596. The second version was destroyed during a construction incident. Finally, it is the third version that will be visible to the public and recognized throughout the country, but after being damaged by an earthquake, it was melted before using the bronze to make coins. Finally, a new wooden version was built in 1798 but disappeared in a fire caused by lightning.

Only two of the three great Buddhas remained then. A long time later, in 1891, the Great Buddha of Hyogo was built at Nofuku-ji Temple in Kobe. This one replaced the one of Kyoto before being melted for the war effort in 1944. Rebuilt in 1991, it is from now on considered too recent to be part of the classification. 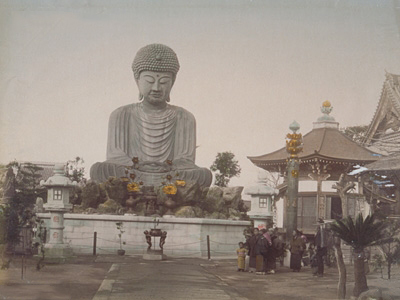 The Great Buddha of Hyogo before its destruction

Who will be the lucky winner who will find his place in the top 3? Well, two Buddhas are currently facing each other:

Located at the Daibutsu-ji Temple in Takaoka, Toyama Prefecture, the current sculpture dates back to 1933, after a long history of lost to fire predecessors dating back to the 13th century. It is 15.85 meters tall for a weight of 65 tons.

Located in the Shoho-ji Temple in Gifu City, its conception began in 1790 to protect the city from earthquakes and famine, but as the monk failed to raise the necessary money, it will not be completed until 1832, after 38 years of construction. It is made of ginkgo wood, bamboo, clay and gold, which makes it unique. The Gifu Buddha is 13.7 meters high. 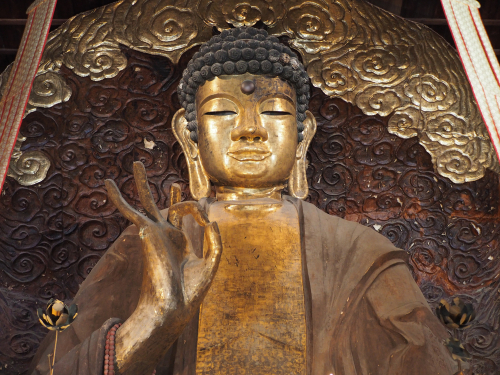 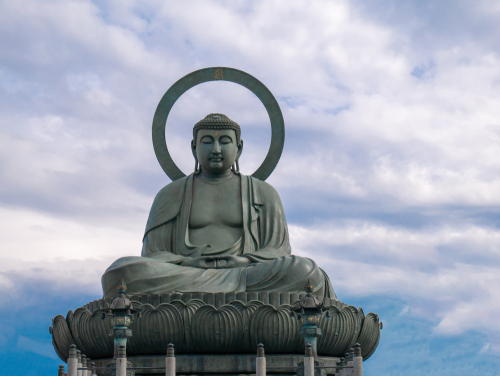 
As no official decision has been made so far, and as it is more a matter of promoting local towns that seek to increase their tourist appeal, the three big Buddhas are still only two. 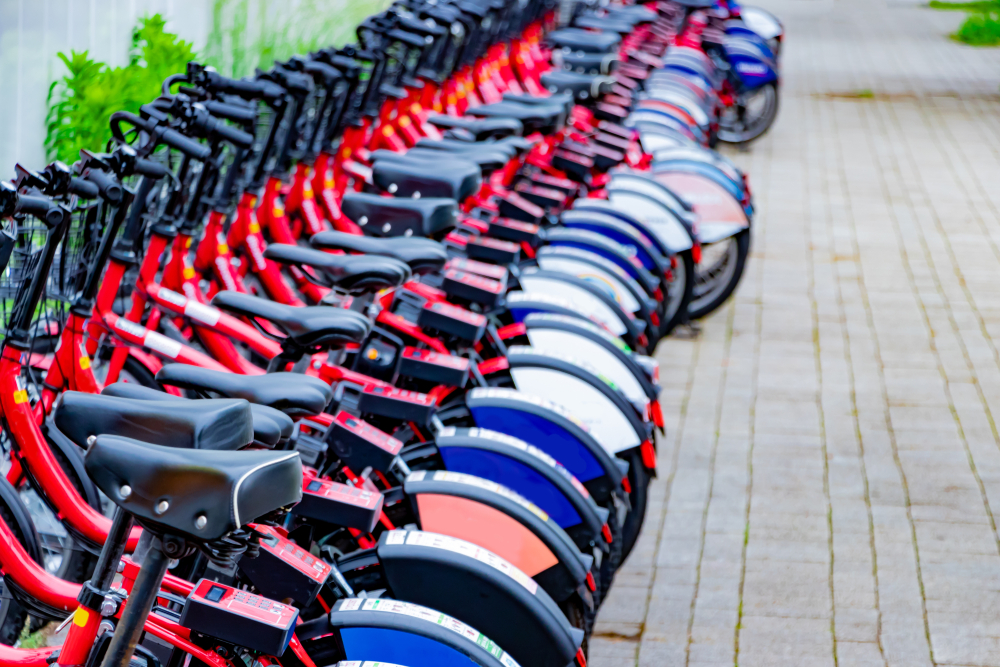 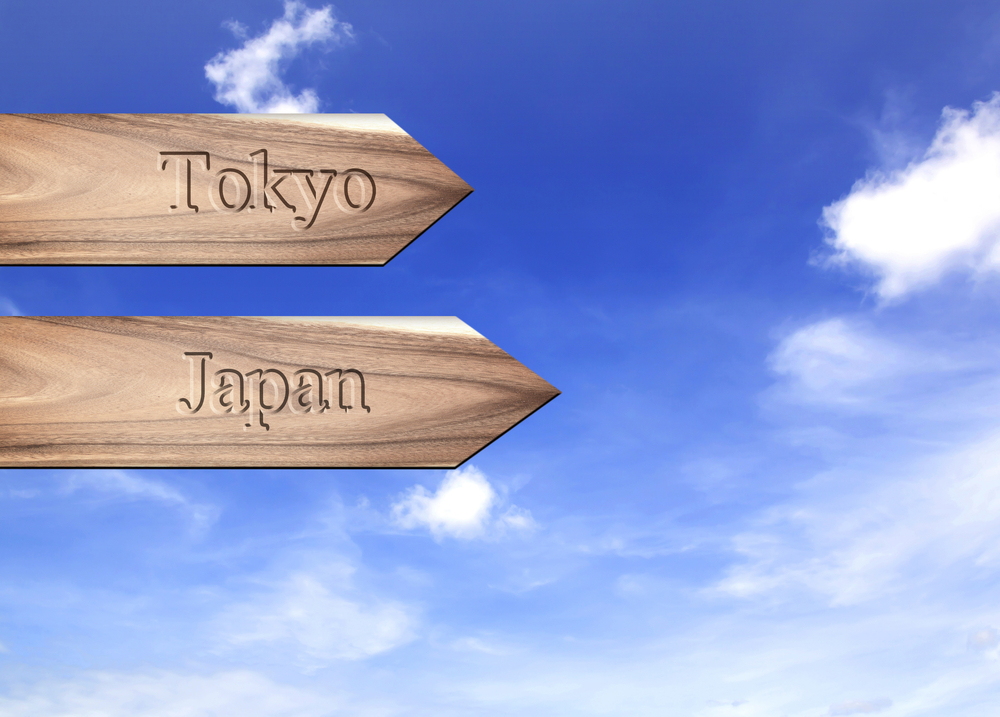